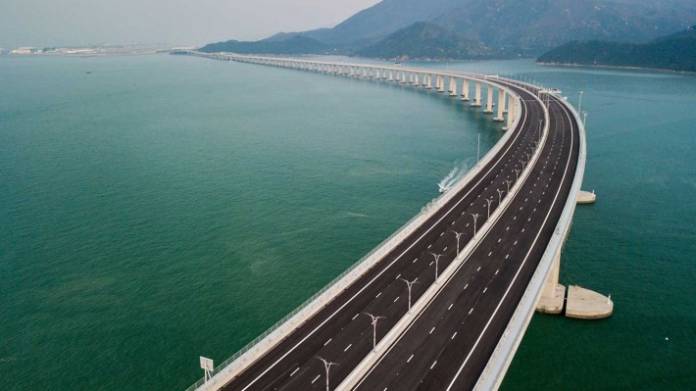 The bridge, which will open for traffic tomorrow, is not only the largest of its kind but also has some unusual rules, The National reports. Hong Kong residents can only access the bridge with a special permit from the Chinese authorities, and there are reports that bus drivers will be monitored for fatigue by yawn cameras installed on the bridge.

To allow large ships to pass through the area, a four-mile-long section of the bridge dips down beneath the water.

The project has been controversial in China, due to lengthy delays and industrial accidents that claimed the lives of at least 18 workers, according to the BBC.

Critics have also taken aim at the possible environmental effects the bridge will have on numbers of the critically endangered Chinese white dolphins in the area.