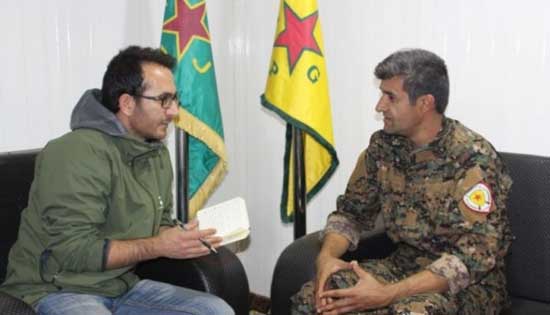 Mustafa Mamay, a Kurdish-Turkish journalist who has applied for asylum in Switzerland, was sentenced to 30 days in jail for attempting to enter the country with a fake passport, according to the Ahval news website.

Mamay left Turkey three years ago for Rojava, a predominantly Kurdish city in northern Syria. He later decided to apply for asylum in Europe, flying to Switzerland via South Africa.

His initial application at the airport in Zurich was denied by authorities on the grounds that South Africa was regarded as a safe country, a decision he appealed.

While waiting 11 days for the outcome of his appeal, he was sentenced to 30 days in jail by a court.

“These people are refugees. They must either risk drowning or come illegally with a fake passport. You can’t fly like a bird, can you?” said Nesrin Ulu, Mamay’s lawyer in Zurich. According to Ulu, the prison sentence contravened international law, and she said would appeal it.

“They are pressuring me to leave Switzerland. Without examining my file, they claim that South Africa is safe and are forcing me to seek asylum there,” Mamay told Ahval.

Mamay was sentenced to six years, three months for participating in a press statement by the pro-Kurdish Democratic Society Party (DTP) while he was a university student in the southern city of Adana.

When the Supreme Court of Appeals upheld the verdict, he fled to northern Syria, also known as Rojava. He lived there for about three years and covered stories from the region during that time.