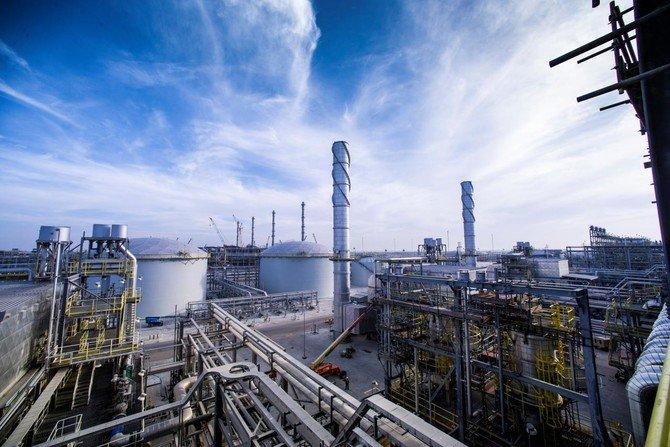 Saudi Arabia and Russia could formalize a strategic partnership that would last indefinitely, potentially marking a new era for the oil market.

In a wide-ranging interview with TASS, Saudi oil minister Khalid al-Falih said that he hopes to setup an official OPEC+ governing body, including a Secretariat, likely to be based in Vienna. The proposal could be finished by December.

To date, OPEC+ has been a somewhat informal group, or at least a provisional one, intended to address the supply glut that emerged following the 2014-2016 market bust.

This past June, the group all but declared mission accomplished, watering down the production targets by agreeing to a vague increase in collective production by 1 million barrels per day (mb/d). Without the urgent need to balance the market, the purpose of the OPEC+ agreement following the June meeting already started to become unclear.

Al-Falih wants to put together an official governing structure that would preside over oil market coordination going forward. “[W]e want to sign a new cooperation agreement that is open-ended. That does not expire after 2020 or 2021. We will leave it open,” al-Falih told TASS. He said that the purpose of OPEC+ would not be aimed at a fixed production target, but to coordinate production levels as they see fit.

But, of course, this has always been the mission of OPEC. The objective of establishing a permanent OPEC+ body raises the question of what is supposed to happen to OPEC. Al-Falih suggests that OPEC+ could “work closely with OPEC.” It seems confusing, since all of the OPEC members are in OPEC+, while OPEC+ contains a bunch of additional countries. How will these two bodies interact and to what degree will they overlap? That much remains unclear.

The one certainty is that there is somewhat of a changing of the guard, with OPEC giving way to a governing structure dominated by just two countries. Saudi Arabia seems keen on forgoing the struggle of working with more than a dozen countries to build consensus, preferring a co-presidency of sorts with Russia.

“I think, Russia will have to take the leadership,” al-Falih said when asked about who will be the driving force behind establishing a formalized OPEC+ Secretariat. “Russia is a heavy weight both in terms of production and in terms of political influence. So Russia’s leadership for OPEC+ is indisputable. That’s why I expect Russia would play a key role.”

The rest of OPEC, or OPEC+ for that matter, no longer carries the weight they once did. Several OPEC members suffer from instability and volatile production levels, some are presiding over declining output. Aside from Kuwait and the UAE, no one else has the ability to add or subtract supply from the market based on strategic or political calculations. Just about every other member is trying to produce as much as possible.

Al-Falih even alluded to the fact that most of the power to manipulate oil market conditions is concentrated in Saudi Arabia and Russia. He said the new OPEC+ would still nominally adhere to the “one country, one voice” philosophy, but he also seemed to suggest that the group’s two largest producers would really be in charge. “Yes, we ultimately want everybody to be on board. But my experience is that countries like Russia and Saudi Arabia with bigger scale and bigger impact ultimately carry more weight,” al-Falih said. “Because people know that if we agree to cut five percent, as we did, our volumes are huge…So when we sit around the table, our voice carries more weight.” He even suggested that formal voting would not really be the focus, but “convincing” other members.

Translation: Saudi Arabia and Russia will set the agenda, and the rest of OPEC+ will follow their lead.

So, what does OPEC+ have in store for the next few months? In the near-term, even as many in the oil market are concerned about supply shortages as Iranian production goes offline, al-Falih had his eye on demand risks. He noted that the strong dollar combined with currency weakness in emerging markets could curtail demand. A global economic slowdown more generally could slow consumption. He also was concerned about declines and outages in several OPEC and non-OPEC countries, including Venezuela, Iran, Mexico, Libya and Nigeria, which would require action from Saudi Arabia. On the other hand, the rate of growth from U.S. shale is still up in the air. With so many mixed signals, the trajectory of the oil market is not clear. So, al-Falih wants to take a wait-and-see approach. In fact, an internal OPEC report suggests the group is worried about a seasonal lull this winter. As refineries enter maintenance periods, crude demand could soften, which could lead to increases in inventories. The buildup, “amid the upward trend in US crude oil production, could be a bearish factor for oil prices in the coming few weeks,” the OPEC report said, according to the Wall Street Journal.

“[I]f supply is too long, we should be able to cut. If supply is short, we have to be able to respond. We would like to do it in a coordinated way. We do not want to confuse the market and surprise the market,” he told TASS.