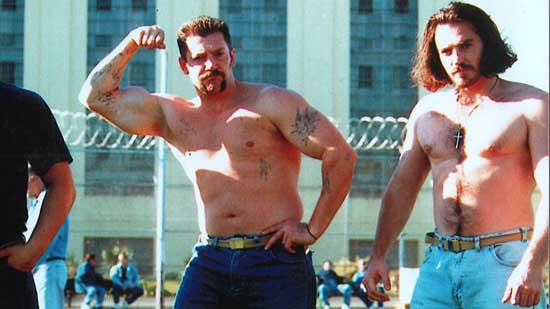 Kids have a habit of imitating their parents’ criminal behavior. It’s no wonder, then, that by one measure, 10 percent of families account for two-thirds of criminals.

When kids choose a profession, they tend to follow in their parents’ footsteps: Doctors’ children often become doctors, lawyers produce lawyers, and plumbers beget plumbers. So, after 15 years of covering crime and criminal justice for The New York Times, I was fascinated by studies—conducted in cities across the United States and in London, England, with near-identical results—showing that crime, too, can run in families. In the most famous study, researchers followed 411 boys from South London from 1961 to 2001 and found that half of the convicted kids were accounted for by 6 percent of all families; two-thirds of them came from 10 percent of the families.

This intergenerational transmission of violence was first documented in the 1940s when a husband-and-wife team at Harvard Law School found that two-thirds of boys in the Boston area sent by a court to a reformatory had a father who had been arrested; 45 percent also had a mother who had been arrested. And,  in 2007, the Justice Department’s Bureau of Justice Statistics concludedthat half of the roughly 800,000 parents behind bars have a close relative who has previously been incarcerated.

Yet, despite the abundance of evidence showing the role of family in crime, criminologists and policymakers have largely neglected this factor—as the University of Maryland criminologist John Laub told me, it’s because any suggestion of a possible biological or genetic basis for crime could be misconstrued as racism. Instead, researchers have looked at other well-known risk causes like poverty, deviant peers at school, drugs, and gangs. Of course, these are real issues. But, a child’s life begins at home with the family even before the neighborhood, friends, or classmates can lead them astray.

I met the Bogles through an official at the Oregon Department of Corrections, who called me to say he knew of a family with what he thought were six members in prison. Little did I know that, after 10 years of reporting, the real number of people in the Bogle clan I found who have been incarcerated or placed on probation or parole would turn out to be 60.

The Bogles had a story to tell about what happens in a criminal family. “What you are raised with, you grow to become,” says Tracey Bogle, who served a 16-year prison sentence for kidnapping, armed robbery, assault, car theft, and sexual assault. “There is no escape from our criminal contagion.”

While Tracey’s father, Rooster, was the most malevolent member of the bunch, the family’s history of criminality stretches back to 1920, when Rooster’s mother and father made and sold moonshine during Prohibition. Since then, members of the family have committed crimes including burglaries, armed robberies, kidnapping, and murder.

“Rooster hated toys and sports, and the only fun thing to him was stealing,” Tracey told me, “so he took us out with him to burglarize our neighbors’ homes, or steal their cows and chickens, or take their Social Security checks out of their mailboxes.” Not surprisingly, the fun thing to do in the Bogle household when Tracey was growing up was stealing. He learned by imitating his father and his older brothers and his uncles, all of whom eventually went to prison. Unwittingly, Tracey was describing what criminologists call “the social learning theory” of what makes some people turn into criminals—emulating the behaviors of those around them.

Rooster would take his sons to peek at the local prison on the edge of Salem, Oregon, where they lived. “Look carefully,” he instructed them. “When you grow up, this is where you are going to live.” The boys took this not as a warning, but as a dare, and Rooster’s prophecy came to pass: All of his children, seven sons and three girls, were incarcerated at one point or another.

When you come to realize the importance of family in crime, the $182-billion-a-year U.S. criminal-justice system seems fundamentally misguided. Mass incarceration has created a giant churn: The more people we lock up now, the more people we will have to lock up in the future. As Judge Albin Norblad, who presided over many of the Bogles criminal trials in Oregon, said, “When the courts try to deal with families like the Bogles, we always lose.” Norblad, a law-and-order Republican not averse to dishing out lengthy sentences, had almost given up sentencing any of the Bogles to long prison terms as a waste of taxpayer money. “We need another solution,” he told me, “something to separate Bogle family members so they will not keep reinfecting themselves.”

Norblad, who died in 2014, did not know how to do that. But in recent years, criminologists are starting to figure it out—paving the way for possible solutions that are more humane and cost-effective than prison.

One such program came about by accident. After Hurricane Katrina hammered New Orleans in 2005 and pulverized large chunks of the city’s housing, the Oxford University criminologist David Kirk saw amid the wreckage an opportunity for a potentially once-in-a-lifetime study. Many recently released prisoners living in New Orleans couldn’t return to their homes, and a large number of them ended up moving to Texas. Several years after their release, the former prisoners who left for Texas had lower rates of recidivism than did those who stayed behind in New Orleans, because they had broken their social networks. Based on his findings, Kirk created a volunteer program for prisoners in Baltimore to receive housing allowances from the state of Maryland on the condition that they move to another part of the state after their release. The early results are encouraging, Kirk says, and the cost per inmate is $1,230 a month, a fraction of the cost of prison.

Another innovative program known as multisystemic therapy, developed by the Medical University of South Carolina professor Scott Henggeler, focuses on helping young delinquents by treating their whole family. In graduate school, Henggeler worked with children who had been reprimanded by a court but were seemingly stuck in their criminal ways. One day, he decided to visit them in their homes. “It took me 15 to 20 seconds to realize how incredibly stupid my brilliant treatment plans were,” he says. He realized he needed to treat the children in the full context of their lives, to see them with their families in their homes. His central insight was to take therapy to the adolescents instead of taking the adolescents to therapy. This kind of approach is especially important with a family like the Bogles, Henggeler told me: They are like a giant rogue iceberg, with most of the dangers hidden below the waterline and only a small portion visible to outsiders.

The stunning transmission of criminality from parents to kids doesn’t mean that some families are cursed to an eternity of crime: There’s no immutable “crime gene” that’s passed down from generation to generation. Indeed, one Bogle happily stopped the cycle, earning all A’s in high school, graduating from college in 2016, and landing a job as a medical-records technician. Ashley, a granddaughter of Rooster, had it set in her mind that the Bogle criminal contagion would not apply to her. Still, Ashley can’t completely escape from her family: Her daily commute to work takes her directly past the Oregon State Correctional Institution, where her grandfather and so many other Bogles served, and continue to serve, their prison sentences.