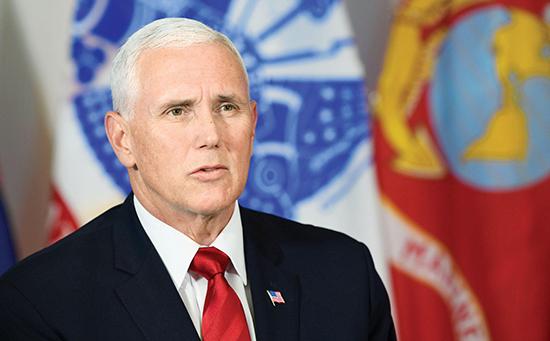 U.S. Vice President Mike Pence has said the death of Saudi writer Jamal Khashoggi “will not go without an American response.”

Pence said Oct. 23 CIA Director Gina Haspel was in Turkey reviewing the facts of what Pence called a “brutal murder.” He offered condolences to Khashoggi’s family.

Speaking in Washington at an event hosted by The Washington Post, Pence would not elaborate on what a possible U.S. response would be. Khashoggi, a Post contributor, lived in Virginia.

Asked if the U.S. would sanction members of Saudi Arabia’s royal family if they were found to have been complicit, Pence said that’s a decision for President Donald Trump.

He says Trump will make a decision that reflects the values and national security interests of the nation and will “make sure the world knows the truth.”