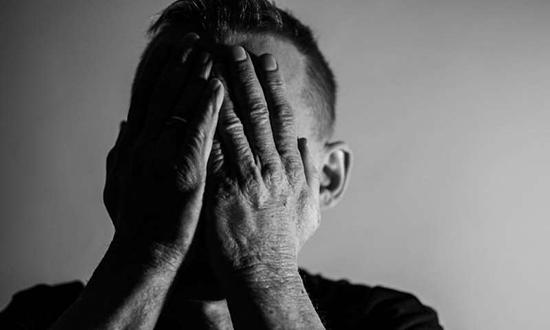 Schadenfreude, the sense of pleasure people derive from the misfortune of others, is a familiar feeling to many—perhaps especially during these times of pervasive social media.

This common, yet poorly understood, emotion may provide a valuable window into the darker side of humanity, finds a review article by psychologists at Emory University.

New Ideas in Psychology published the review, which drew upon evidence from three decades of social, developmental, personality and clinical research to devise a novel framework to systematically explain schadenfreude. The authors propose that schadenfreude comprises three separable but interrelated subforms—aggression, rivalry and justice—which have distinct developmental origins and personality correlates.

They also singled out a commonality underlying these subforms.

“Dehumanization appears to be at the core of schadenfreude,” says Shensheng Wang, a Ph.D. candidate in psychology at Emory and first author of the paper. “The scenarios that elicit schadenfreude, such as intergroup conflicts, tend to also promote dehumanization.”

Co-authors of the study are Emory psychology professors Philippe Rochat, who studies infant and child development, and Scott Lilienfeld, whose research focuses on personality and personality disorders.

Dehumanization is the process of perceiving a person or social group as lacking the attributes that define what it means to be human. It can range from subtle forms, such as assuming that someone from another ethnic group does not feel the full range of emotions as one’s in-group members do, all the way to blatant forms—such as equating sex offenders to animals. Individuals who regularly dehumanize others may have a disposition towards it. Dehumanization can also be situational, such as soldiers dehumanizing the enemy during a battle.

“Our literature review strongly suggests that the propensity to experience schadenfreude isn’t entirely unique, but that it overlaps substantially with several other ‘dark’ personality traits, such as sadism, narcissism and psychopathy,” Lilienfeld says. “Moreover, different subforms of schadenfreude may relate somewhat differently to these often malevolent traits.”

One problem with studying the phenomenon is the lack of an agreed definition of schadenfreude, which literally means “harm joy” in German. Since ancient times, some scholars have condemned schadenfreude as malicious, while others have perceived it as morally neutral or even virtuous.

“Schadenfreude is an uncanny emotion that is difficult to assimilate,” Rochat says. “It’s kind of a warm-cold experience that is associated with a sense of guilt. It can make you feel odd to experience pleasure when hearing about bad things happening to someone else.”

Psychologists view schadenfreude through the lens of three theories. Envy theory focuses on a concern for self-evaluation, and a lessening of painful feelings when someone perceived as enviable gets knocked down a peg. Deservingness theory links schadenfreude to a concern for social justice and the feeling that someone dealt a misfortune received what was coming to them. Intergroup-conflict theory concerns social identity and the schadenfreude experienced after the defeat of members of a rival group, such as during sporting or political competitions.

The authors of the current article wanted to explore how all these different facets of schadenfreude are interrelated, how they differ, and how they can arise in response to these concerns.

Their review delved into the primordial role of these concerns demonstrated in developmental studies. Research suggests that infants as young as eight months demonstrate a sophisticated sense of social justice. In experiments, they showed a preference for puppets who assisted a helpful puppet, and who punished puppets that had exhibited antisocial behavior. Research on infants also points to the early roots of intergroup aggression, showing that, by nine months, infants preferred puppets who punish others who are unlike themselves.

“When you think of normal child development, you think of children becoming good natured and sociable,” Rochat says. “But there’s a dark side to becoming socialized. You create friends and other in-groups to the exclusion of others.”

Spiteful rivalry appears by at least age five or six, when research has shown that children will sometimes opt to maximize their gain over another child, even if they have to sacrifice a resource to do so.

By the time they reach adulthood, many people have learned to hide any tendencies for making a sacrifice just for spite, but they may be more open about making sacrifices that are considered pro-social.

The review article posits a unifying, motivational theory: Concerns of self-evaluation, social identity and justice are the three motivators that drive people toward schadenfreude. What pulls people away from schadenfreude is the ability to feel empathy for others and to perceive them as fully human and to show empathy for them.

Ordinary people may temporarily lose empathy for others. But those with certain personality disorders and associated traits—such as psychopathy, narcissism or sadism—are either less able or less motivated to put themselves in the shoes of others.

“By broadening the perspective of schadenfreude, and connecting all of the related phenomena underlying it, we hope we’ve provided a framework to gain deeper insights into this complex, multi-faceted emotion,” Wang says.

“We all experience schadenfreude but we don’t like to think about it too much because it shows how ambivalent we can be to our fellow humans,” Rochat says. “But schadenfreude points to our ingrained concerns and it’s important to study it in a systematic way if we want to understand human nature.”