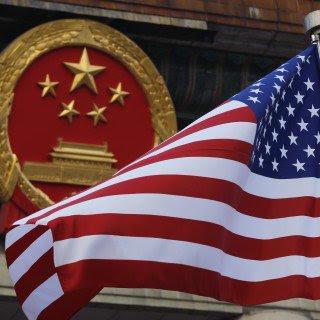 Zhang Qingli, vice-chairman of top political advisory body, tells visiting delegation that Beijing will not back down in trade fight

China does not want a trade war  with the United States but has no fears and will not back down, a senior official from the country’s top political advisory body has warned a group of American business leaders visiting the capital.

Zhang Qingli, vice-chairman of the Chinese People’s Political Consultative Conference, made the comments at a Monday meeting with a 25-member delegation led by the American Chamber of Commerce in Hong Kong.

“We don’t fear a trade war. We don’t want it, but we don’t intend to back down,” Dan Eberhart, chief executive of oilfield drilling services company Canary LLC, quoted Zhang as saying at the meeting.

US President Donald Trump is pressing Beijing to change its “unfair trade practices” by imposing additional tariffs on Chinese imports, something China regards as an effort to contain the country’s rise.

Zhang “probably spoke for over one hour” about three main issues, Eberhart recounted on Tuesday: China’s positive economic statistics, the Greater Bay Area  scheme and the trade friction with the US.

He called it a “one-way conversation” and there was no question and answer session.

Asked whether Zhang spoke of any chance for renewed trade negotiations between China and the US, Eberhart said the mainland official dropped few hints and his stance was firm.

“It doesn’t seem like we are on the brink of a solution, really. It seems more like a warning that China is digging in its heels, ready to play this out with the Trump administration,” he added.

“The sense that I got is, the US created this problem, we [China] didn’t pick this fight, we think we have a great trading relation with the US and it’s been beneficial to both parties. That said, we will defend ourselves and don’t fear it at all.”

A separate visit to the Ministry of Commerce however proved to be less charged, said Eberhart, a Republican donor who contributed to Trump’s election campaign.

The delegation, in the capital from Monday to Tuesday for the chamber’s two-day “annual Beijing door knock” visit, met Jiang Haiying, the department’s first secretary for American affairs.

“I would categorise the trade portion of that meeting as pro forma,” Eberhart said.

“It could have been the same talking points two years ago, five years ago, not necessarily salient to the current trade war.

“The context is more, we want trade, we want further development … we want Hong Kong and mainland China to have greater relations with the US.”

The Greater Bay Area – the national development scheme aimed at integrating Hong Kong, Macau and nine cities in Guangdong province into an innovation powerhouse to rival Silicon Valley – was brought up at both meetings.

Zhang, however, did not discuss the scheme in the context of the trade war or hint at a timetable for its long-awaited blueprint, Eberhart said.