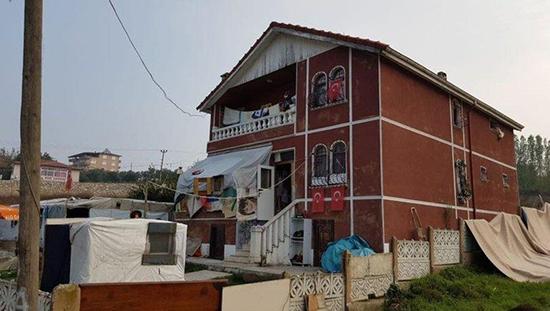 A three-story villa in western Turkey was raided by the police on Oct. 23 as part of the investigation into the killing of Saudi journalist Jamal Khashoggi.

Local media reported that the house in the Yalova province near Istanbul, which was raided by 40 policemen, belonged to one of the members of the Saudi hit squad whom Turkish officials accuse of killing Khashoggi in Saudi Arabia’s consulate in Istanbul.

A Syrian family is currently living in the house in the Termal district, which they have rented, reports said, as police left the residence after collecting evidence for two hours.

Khashoggi, a dissident who lived in self-imposed exile in the United States where he contributed to The Washington Post, vanished after entering the Saudi consulate in Istanbul on Oct. 2.

Turkish officials claim Khashoggi was tortured, killed and dismembered in the consulate by a hit squad which arrived from Riyadh — claims denied by the Saudi government.

According to local media outlets based in the province, one of the vans carrying some members of the Saudi hit squad was filmed in Yalova’s Termal district on the day of the disappearance. The district is particularly popular among Arabs as a holiday destination with its lush nature and famous spas.

It was earlier reported that the searches would be extended to a forest in Istanbul and a house in Yalova.