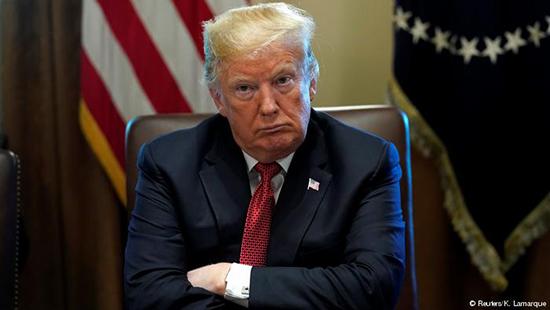 The US State Department is to revoke visas or make them unobtainable for 21 Saudis following the killing of Jamal Khashoggi in Turkey. President Donald Trump said the Saudis staged the “worst cover-up ever.”

US President Donald Trump described the cover-up by Saudi Arabia of the killing of Jamal Khashoggi in the Saudi consulate in Istanbul on October 2 as “a total fiasco.”

“Bad deal, should have never been thought of,” Trump said at the White House on Tuesday. “Somebody really messed up. And they had the worst cover-up ever.”

Neither Trump nor Erdogan gave their views on who was ultimately responsible for the killing although Trump did note in his comments to reporters: “the prince is running things over there” in Riyadh.

Secretary of State Mike Pompeo said the US had identified some individuals in the Saudi government and security officials they believed were involved. Appropriate action — including revoking visas for some, and making others ineligible should they apply for a visa. Most of the 21 people on the US list have US visas, an official told Reuters.

“We’re making very clear that the United States does not tolerate this kind of ruthless action to silence Mr Khashoggi, a journalist, through violence,” Pompeo said. “Neither the President nor I am happy with this situation.”

Chancellor Angela Merkel announced earlier this week that arms sales to Saudi Arabia would be put on hold following the Khashoggi killing. The much-vaunted Saudi investment conference “Davos in the Desert” has been hit by numerous cancellations, including by Germany’s Siemens, following the killing.

Pompeo emphasized, as Trump had done before him, the importance of the US-Saudi relationship. However, he also said: “These penalties will not be the last word on this matter from the United States.”

So far, 18 people have been arrested in Saudi Arabia and five senior government officials have been dismissed as part of an investigation into Khashoggi’s death.

It is believed that Turkey has audio of the events inside the consulate, which it is yet to release. Security sources in Ankara say when Khashoggi entered the building in Istanbul he was seized by 15 Saudi intelligence operatives who had flown in on two jets just a few hours before.