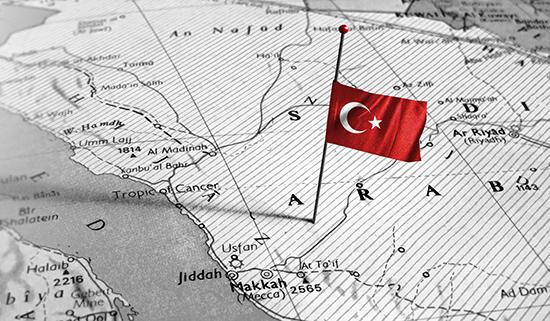 Turkey has furthered the cause of justice by refusing to let Saudi Arabia evade responsibility for the killing of Jamal Khashoggi, the Washington Post columnist.

The steady drip of reports from President Recep Tayyip Erdogan’s government-controlled news media over the past three weeks, exposing grisly details of the killing, has drawn the world’s attention to the ruthlessness of the kingdom’s young crown prince, Mohammed bin Salman, even as the Trump administration gave every sign of longing to look away.

On Tuesday, Mr. Erdogan again drew the world’s eyes to this atrocity by addressing the issue at length for the first time, in a speech to members of his party.

He described the killing as “premeditated murder” and laid out a chronology of what happened. He also demanded that the Saudis provide more details — many questions remain unanswered — and extradite the 18 suspects they detained to face justice in Turkey. And he suggested that Prince Mohammed or someone close to him had directed the assault, which took place at the Saudi Consulate in Istanbul.

“On whose orders did those individuals go there?” Mr. Erdogan demanded.

Such an open challenge to Saudi Arabia, a regional power that has cultivated a close relationship with President Trump and his son-in-law, Jared Kushner, is an audacious move. What does Mr. Erdogan hope to achieve?

It’s unlikely that he is much moved by the killing of a journalist, given Mr. Erdogan’s record for abusing journalists and restricting press freedoms. Last year, media freedom groups once again judged Turkey to be the world’s worst offender for jailing reporters for their work.

If not press freedom, then what principles is Mr. Erdogan defending?

No doubt Mr. Erdogan is outraged that a foreign power committed such a brazen killing within Turkey’s borders — indeed, in Istanbul, the president’s hometown. Saudi Arabia flew in a 15-man hit squad to carry out the crime, and Mr. Khashoggi’s body is still missing.

And perhaps Mr. Erdogan sees an opportunity, as American officials and other experts have speculated, to use the murder to extort money from the Saudis to shore up Turkey’s failing economy in exchange for eventually helping to shift the blame away from the Saudi regime. The Turkish lira has been falling steadily and inflation has been rising, squeezing Turkish workers and the government.

Though one hasn’t materialized, some sort of Saudi-Turkish compromise to keep further details of the crime a secret remains a possibility, even though the full truth and accountability for the killers are what’s needed. Gina Haspel, the C.I.A. director, was in Istanbul on Tuesday to be briefed on the case.

With Tuesday’s speech, Mr. Erdogan has staked his personal reputation on the claim that the Saudi story — that the killing was a result of a “rogue operation” or an impromptu brawl — is a lie. (By day’s end, even President Trump agreed the account was the “worst cover-up ever.”)

Crucially, though, Mr. Erdogan didn’t go nearly as far as he’d hinted he might. He pointed the finger at Prince Mohammed only indirectly, and he spoke respectfully of King Salman, the prince’s father and the kingdom’s ultimate ruler, a sign that he still hoped to avoid a complete break with Riyadh.

That could leave room for Turkey and Saudi Arabia to engineer a deal. “He’s just bargaining and increasing the price,” one diplomat said of Mr. Erdogan.

If Mr. Erdogan claims to possess the kind of evidence that has been reported — an audio of the killing or other intelligence — he could have the power to derail Prince Mohammed, Saudi Arabia’s 33-year-old heir apparent. Even though the prince received a standing ovation at an economic conference on Riyadh on Tuesday, he is fast becoming a pariah and subject of palace intrigue.

In fact, that may be Mr. Erdogan’s real objective. He almost certainly views the Khashoggi episode as a chance to kneecap a regional rival and advance his goal of making Turkey the dominant Sunni Muslim power. He harbors dreams of presiding over a renewed Ottoman Empire. While that might be feasible in terms of political influence, it’s doubtful he could extend Turkey’s territory to any significant degree, though he has moved troops into northern Syria to fight what he views as Kurdish separatists who endanger Turkey’s borders.

Mr. Erdogan has supported groups like the Muslim Brotherhood, which advocates a populist brand of Islam that backed elections in Egypt and Tunisia; the Saudis call the Brotherhood a terrorist group and consider its form of governance a threat to their hereditary rule.

Mr. Erdogan also has links to Iran, Saudi Arabia’s chief adversary, and to Qatar, which the kingdom and other Arab nations have boycotted over a political dispute. Over 15 years in power, Mr. Erdogan has steadily consolidated domestic control, jailing dissidents and crushing the independent media.

But he came into this crisis weakened. Turkey was brought to the point of economic distress and diplomatic isolation by Mr. Erdogan’s mismanagement, brutish authoritarian ways, corruption and disregard for the rule of law.

His country was isolated from the United States, which imposed sanctions over the detention of an American evangelical pastor, who was released earlier this month, and from other NATO allies in Europe.

For all of Turkey’s continuing troubles, Mr. Erdogan has now created an opening for improving relations with Mr. Trump and beginning to reverse its economic decline.

And by spotlighting Saudi Arabia as a murderous neighborhood bully, Mr. Erdogan is now in position to rally the Turkish people around a common enemy, the time-tested tool of the autocrat. He is very likely to emerge from this confrontation even stronger.

A version of this article appears in print on Oct. 24, 2018, on Page A26 of the New York edition with the headline: What Is Turkey’s Game?. Order Reprints | Today’s Paper | Subscribe