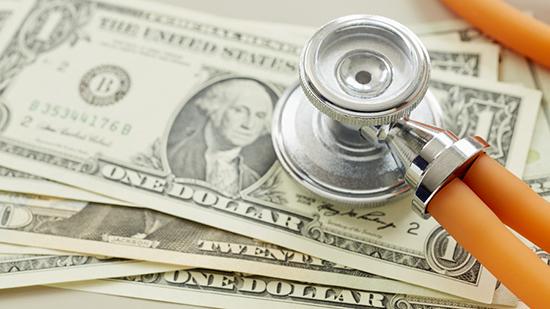 Africa is groaning under its worst debt burden since 2001. On the continent where many countries faced bankruptcy in the 1990s, once again the outlook is grim. This time around, help is harder to find.

Ghana is usually seen in a positive light abroad. It’s associated with a peaceful change of government, functioning democracy and a government that wants to move away from development aid. Yet Ghana is still relatively dependent on foreign countries because the seemingly model country is in big trouble. At the end of 2017, national debt was equivalent to 70 percent of the West African country’s gross domestic product. The International Monetary Fund (IMF) considers 40 percent feasible for developing countries.

The IMF and the World Bank are particularly concerned that Ghana represents a dangerous trend in Africa. “It’s not looking so good at the moment,” Jürgen Zattler, executive director for Germany at the World Bank, told DW. “After the debt relief and rather positive economic developments over the last 15 years, debt has been rising again.”

Last year, Africa’s foreign debt reached the highest level since 2001, according to the British lobby group Jubilee Debt Campaign. Eighteen countries are experiencing an acute debt crisis or are on the brink thereof, according to the World Bank.

“I think the fall in commodity prices or the fluctuations in commodity prices in the last two, three years has really affected the revenue inflows of a number of African countries. This has led to huge budget deficits, so governments have tried to plug the gaps. They’ve resorted to borrowing, especially from commercial sectors,” said Tirivangani Mutazu, an analyst at the African Forum and Network on Debt and Development (AFRODAD).

The other reason is that Africa urgently needs roads, railways or ports. Without infrastructure, there would be no development and not enough jobs for millions of young people. There is an infrastructure development shortfall of $93 billion (€81 billion), according to the South African Institute of International Affairs (SAIIA). As a result, many governments are going into debt. Kenya, for instance: Last year the new rail link between the port of Mombasa and the capital, Nairobi, became operational. The $4 billion project, Kenya’s biggest since independence, was financed through Chinese credit.

Money has been easy to come by for many countries in recent years. Aside from regular donors such as western governments or the IMF, new possibilities have emerged. Times of historically low interest rates in Europe have seen private investors eagerly eyeing fresh opportunities, and discovering African countries in the process. “Some countries saw positive development and could turn to the capital markets. They took out credit, partly with very high interest rates,” said Zattler.

China has also played a role: 14 percent of Africa’s overall debt is to Beijing, which has secured influence and access to Africa’s natural resources through easy credit. All this makes it harder to counter the current crisis.

“Previously, it was only the so-called Paris Club creditors that gathered at the table,” said Zattler. The group negotiated relief for states in debt with its members. “That is no longer the case because neither the private creditors nor the new players such as China or Saudi Arabia are sitting at that table.”

In the current crisis, classic lenders such as the IMF are being asked to help once more. Ghana is among the countries that are receiving financial support from the fund. When Africa’s debt peaked in the 1990s, the IMF and World Bank imposed structural reform programs. State-run companies were swiftly privatized and public spending reined in. Because social programs, in the training or health sectors, were also subject to cost cutting, it was the poor who were most affected.

The IMF stresses it wants to take a different approach this time around. Experts such as Tirivangani Mutazu are nevertheless concerned. “There are a number of countries already that are going to the IMF for bailouts so to speak. The IMF will of course demand they implement austerity measures,” Mutazu said.

“Quite a number of those measures we saw in the 1980s are still the same and once these countries go to the IMF, they don’t seem to escape some of those conditionalities,” he added.