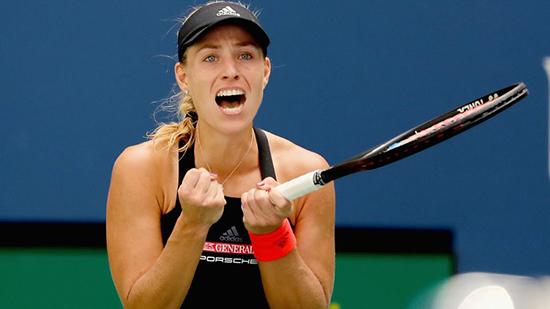 Angelique Kerber defeated US Open champion Naomi Osaka in three sets in the WTA Finals Red Group in Singapore to get her hopes of qualifying for the next stage back on track.

The German, who lost her opening match to Belgian Kiki Bertens, beat the Japanese player 6-4 5-7 6-4.

Kerber will face Sloane Stephens in her final group match on Friday, with her qualification for the next round dependant upon the result.

Sloane Stephens made it two wins from two at the WTA Finals following a battling 7-6 (4) 2-6 6-3 win over Kiki Bertens.

The duo played out a hard-fought first set with the American nicking it on a tie-break, but Bertens hit back with three breaks in the next to level the match before racing into a 2-0 lead in the decider.

However, Stephens won six of the last seven games to claim victory and top the Red Group.