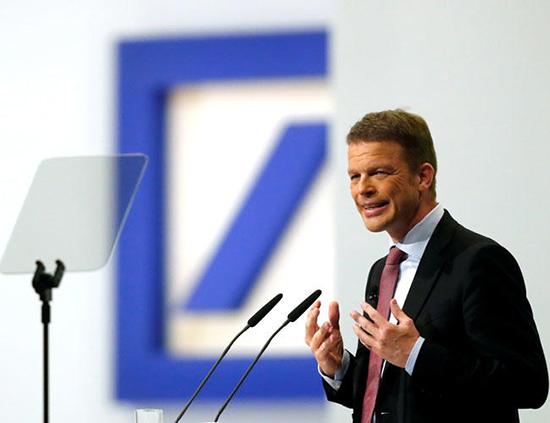 But CEO Christian Sewing said the bank made progress cutting costs and would be profitable for the full year for the first time since 2014.

Net income was down from 649 million euros in the same quarter a year ago. The bank said in a statement on Oct. 24 that income from fixed-income and stock trading fell 15 percent amid lower client activity.

The statement said the bank was on track to meet its targets for cost and staff reductions this year, having shed 2,800 jobs this year to bring headcount to 94,717.

Deutsche Bank has struggled with weak earnings and costs from regulatory and legal fines, settlements and penalties, losing money for three straight calendar years. The bankreplaced CEO John Cryan with Sewing in April amid promises to move faster to cut costs and focus the bank‘s activities more on its European base rather than compete with U.S. financial institutions on Wall Street.

Sewing said in a statement that “this result is another milestone on our way to becoming a sustainably profitable bank.”