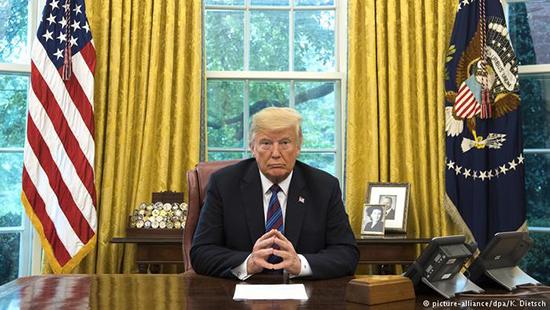 The US Secret Service intercepted potentially explosive packages sent to Barack Obama and Hillary Clinton. It’s too early to focus on details, but not to conclude they come as no surprise in the wake of Trump’s behavior.

Let’s start with an important caveat. The investigation into the potentially explosive devices — which were mailed to the homes of former President Barack Obama and former Secretary of State Hillary Clinton, to CNN addressed to former CIA director John Brennan, and other leaders — is still unfolding. So it is not prudent to dwell at this point on the possible nature and background of what appear to be attempted terrorist attacks, which comes on the heels of an explosive device being sent to liberal billionaire George Soros on Monday.

He ran and won his presidential race on a campaign based on fearmongering and ad hominem attacks against political rivals and the news media, which he has repeatedly labeled as the enemy of the people. He has a long-established track record of using cavalier language and vague threats against anyone who expresses disagreement or criticism of his policies or statements. Just a few examples in Clinton’s case: allowing raucous crowds to chant “lock her up,” proposing the “Second Amendment people” can do something to stop her, suggesting her Secret Service personnel no longer carry guns and “let’s see what happens to her.” It’s not a leap of logic that some die-hard Trumpers could see his statements as tolerance, if not an outright call, for politically motivated violence.

After the death of a counterprotester at a right-wing march in Charlottesville, Virginia, Trump — who just a day ago casually and without garnering huge media attention described himself as a “nationalist” at a Texas rally — initially hesitated to offer a clear condemnation of the right-wing extremist perpetrator.

At his campaign rallies, he has repeatedly insinuated violence against the media and opponents. And less than two months ago, in a closed-door meeting with evangelicals, Trump warned the group of “violence” from the left should Democrats win the midterm election.

Trump’s rabble-rousing rhetoric is based on a winning-at-all-cost attitude that accepts no criticism and knows no compromise. While that is a problematic disposition in a person, it is a dangerous disposition in the president of the world’s most powerful nation.

All of this, of course, is nothing new. But we have normalized Trump’s behavior to a certain extent since he launched his then widely derided presidential campaign in a speech denouncing Mexicans as “rapists” back in the summer of 2015.

No one is laughing about Trump any more.

Because in the brief three years since his arrival onto the political scene he has single-handedly transformed the Republican Party into his own political fighting machine. And as a consequence, he has fomented and ramped up the already existing deep divisions in the country to an extent hardly deemed possible. That some of his supporters — or anyone at all, for that matter — may interpret the president’s rhetoric and behavior as a call to exert violence against his political detractors should surprise no one.