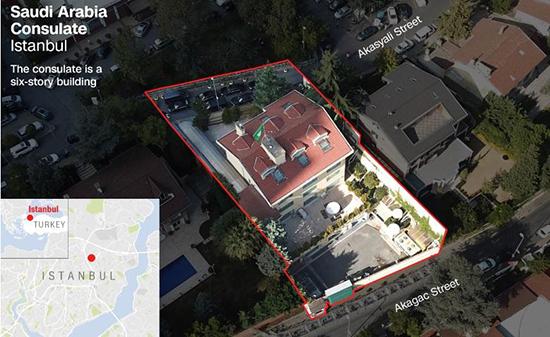 Saudi officials have refused to allow Turkish police to search a well in the garden of the kingdom’s consulate in Istanbul as part of the investigation into the killing of journalist Jamal Khashoggi, the state-run Anadolu Agency reported on Oct. 24.

Authorities have previously carried out inspections at the consulate and consul general’s residence in Istanbul as part of the investigation.

Khashoggi — a Washington Post contributor and critic of the crown prince — was killed after entering the Saudi consulate in Istanbul on Oct. 2.

After more than two weeks of vehemently denying Khashoggi was dead, the Saudigovernment on Oct. 20 said he was killed in a fight inside the consulate and said the murder was not state-sanctioned.

Turkey is conducting its own investigation into the killing but it remains unclear where the body of Khashoggi is.

Khashoggi was a US resident and had lived in self-imposed exile in Virginia since 2017, shortly after the powerful Prince Mohammad bin Salman was appointed heir to the throne.