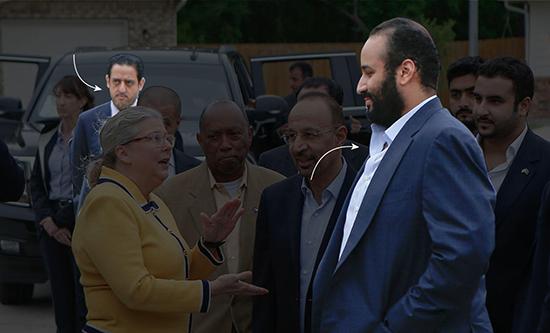 Facing global outrage over the killing of JamalKhashoggi, Saudi officials are now acknowledging that the journalist was targeted inside the kingdom’s consulate in Turkey and a body double was on hand to aid in a cover-up – the latest twist in the kingdom’s evolving efforts to explain Khashoggi’s death.

This new version of events – which was described to The Associated Press by two Saudi officials – comes three weeks after the kingdom said Khashoggi left the consulate on his own and insisted Turkish claims he was killed by an assassination squad were unfounded.

Now Saudi officials tell the AP they did in fact send a team to Turkey that included a forensics expert and a member whose job was to dress in the 59-year-old writer’s clothes and pretend to be him – though they still insist that his death was an accident.

This account attempts to distance Crown Prince Mohammed bin Salman from the killing, even though officials linked to the 33-year-old ruler have been implicated. But the fact that the Saudis are acknowledging some aspects of the account provided by Turkish authorities suggests that the kingdom is feeling intense global pressure, including from President Donald Trump and members of Congress, some of whom have called for cutting off arms shipments and imposing sanctions.