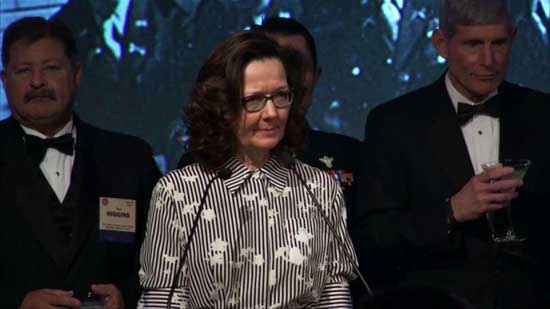 “Haspel, who departed for a secret trip to Turkey on Monday, heard the audio during her visit, according to people familiar with her meetings,” said the U.S. daily.

“A person familiar with the audio said it was ‘compelling’ and could put more pressure on the United States to hold Saudi Arabia accountable for the death of Khashoggi,” the newspaper reported.

According to another report published by Turkish newspaper Sabah on Oct. 25, Turkey also shared with Haspel video recordings related to the murder.

Khashoggi, a columnist for The Washington Post, was last seen on Oct. 2 when he entered the Saudi consulate in Istanbul.

After days of denying any knowledge of his whereabouts, Saudi officials last week admitted that Khashoggi was killed in a “fist-fight” at the consulate.

Hürriyet published a security camera image on Oct. 25 showing a vehicle belonging to the Saudi Consulate “scouting” a forest in the outskirts of Istanbul before the killing

Reports also said on Oct. 24 that Saudi authorities had denied permission for Turkish police to search a well in the consulate’s garden.

Turkish President Recep Tayyip Erdoğan vowed Turkey would not allow the culprits to get away with “savage murder”.

“It is not over yet,” he said. “We are unravelling, dismantling (the case) and the world is closely following.”