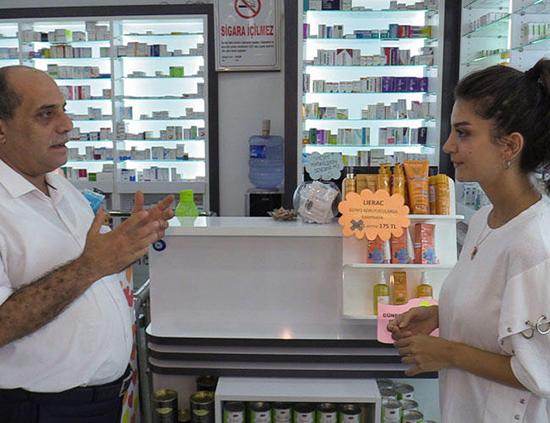 Patients are finding it increasingly difficult to acquire drugs in the market, and the main reason behind the problems regarding drug supplies is the currency rates, Nurten Saydan, the head of the Employer Pharmacists’ Association (TEİS), has said.

The Turkish Lira has weakened sharply against major currencies, including the U.S. dollar and euro, over the past year.

Saydan has warned that unless the state updates its currency rate against the euro by the end of the year certain drugs such as pain killers, influenza vaccines, blood pressure medications, eye drops, and COPD (Chronic obstructive pulmonary disease) and diabetes drugs may be off the shelves soon.

The state sets a certain euro/Turkish lira rate and makes payments to drug companies based on this specific rate that may differ from the market exchange rate.

“Turkey has allowed a large number of migrants over the past couple of years which adversely affected the immune systems of the people living in the country. Thus, vaccination has become more important than ever,” Saydan said.

“However, influenza vaccines are not produced domestically but imported. There is not enough supply to meet demand in case of a possible flu epidemic. People with chronic diseases may face serious risks in the period ahead,” she said.

“People are coming to pharmacies with influenza shot prescriptions for vaccination to protect themselves before the epidemic strikes, but we are having problems supplying those vaccines,” she said.

She noted that drug consumption varies between Turkey’s regions even among cities.

According to Saydan, some drugs which cannot be found in some cities are available in others and a law allows pharmacists to swap drugs.

This regulation, however, does not allow the swap between pharmacies operating in the same city.

“Even if the pharmacies are located next to each other, pharmacists cannot exchangedrugs,” she complained, urging authorities to end this practice in order to prevent a serious drug shortage at the end of the year.

Saydan claimed that pharmacists have suffered most from the weakening of the lira.

“The exchange rates set by the state to purchase drugs are not realistic and this policy and other wider economic problems hit pharmacies. In December, the prices of 404 items will be reduced by up to 76 percent. This will be yet another blow to drug supplies,” Saydan said.

She also noted that Turkey has one of the largest child populations in the world, with 28.3 percent of its total population being children.

The growing anti-vaccination sentiments among parents are becoming a threat to overall public health, Saydan warned.