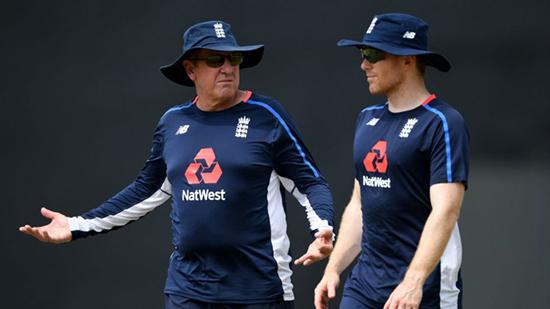 Trevor Bayliss says England’s fringe players must “turn it around pretty quick” if they are hoping to contend for a place in next year’s Cricket World Cup squad.

England suffered a crushing defeat against Sri Lanka in the fifth one-day international (ODI) on Tuesday – their record loss in the 50-over format.

With the ODI series victory already secured England gave a chance to some of their fringe players against Sri Lanka. But the manner in which they were beaten has angered head coach Bayliss.

Speaking to Sky Sports he said: “It’s one thing giving guys an opportunity, but those guys have to take hold of that opportunity.

“Those opportunities could determine who makes a World Cup squad and who doesn’t. It’s a tough school, international cricket.

“There are not too many more opportunities before the World Cup squad is picked, so some of the guys will have to turn it around pretty quick.”

‘Fielding is an attitude’

Tuesday’s thrashing in Colombo came with England being currently top of the ICC ODI team rankings. Bayliss says that the fielding standards and attitude of the players was not good enough for a team ranked No.1 in the world.

“We’ve got some hard work to do going forward,” Bayliss told the BBC. “Our performance in the field, our attitude in the field, was nowhere near up-to-scratch for a number one team.

“Fielding is an attitude – you want the ball to come to you, do the simple things right, anticipating and not waiting for it to go past an inner-ring fielder.

“Fielding can give you confidence for the rest of your game. It’s the one thing that we all do together, but we weren’t on our game and that showed and passed over into our bowling and batting performance.”

England and Wales host the 2019 Cricket World Cup in May and June next year. England next travel to the West Indies in January and only have 11 more ODI matches scheduled before the World Cup.