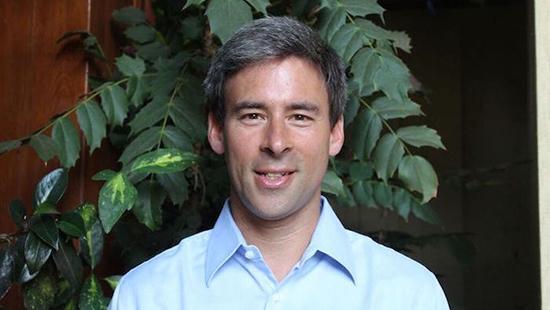 Eric Kaufmann is Professor of Politics at Birkbeck College, University of London. He is the author of Whiteshift: Immigration, Populism and the Future of White Majorities (Penguin October 2018). He has also written Changing Places: mapping the white British response to ethnic change (Demos 2014), Shall the Religious Inherit the Earth: demography and politics in the twenty-first century (Profile 2010), The Rise and Fall of Anglo-America: the decline of dominant ethnicity in the United States (Harvard 2004) and two other books. He is co-editor, among others, of Political Demography (Oxford 2012) and editor of Rethinking Ethnicity: Majority Groups and Dominant Minorities (Routledge 2004). An editor of the journal Nations and Nationalism, he has written for Newsweek International, Foreign Affairs and Prospect magazines. He may be found on twitter at @epkaufm and on the web at sneps.net.

Where do you see the most exciting research/debates happening in your field?

I’m interested in the study of ethnicity and nationalism, as well as political demography and religious fundamentalism. My main interest has been in ethnic majority groups in western countries, and in their political response to immigration. I’m most excited by the rise in interest in political demography, i.e. the politics of population change. I think many fields are trying to use their traditional tools to analyse right-wing populism, and there is some good work coming out of this, but often with methodological blinkers of some variety.

How has the way you understand the world changed over time, and what (or who) prompted the most significant shifts in your thinking?

I’ve always focused mainly on cultural and demographic aspects of politics, but I have come to appreciate the role of elite cueing and framing as an important mechanism in how public opinion is shaped. This partly came about from doing survey experiments where I could see that showing people a paragraph before they answer survey questions reframes an issue or primes certain concerns, which can alter people’s views on questions such as leaving the European Union, or change the rank of an issue like immigration on their priority list. So while I still think that demography, culture and psychological forces are important for the politics of immigration, I can also see that the media and political elite is an important intermediary which can, in certain circumstances, counteract pressures which might organically emerge from people’s everyday experiences and grievances.

Many scholars argue that the rise in right-wing populism is due to economic factors. Do you agree?

I think that in Western Europe and North America, economic factors explain very little. Several studies show how populist right support stayed flat around the economic crisis of 2008 but rose markedly in most countries with the migrant crisis of 2015. The same holds true in the individual-level data, where personal income, employment and other material circumstances matter little, if at all, once values are introduced into the analysis, notably support for the death penalty and a feeling that things were better in the past – especially culture. Immigration attitudes and salience are more or less a prerequisite for populist right voting in the West. Economic inequality is more important for explaining left-wing populism (Syriza, Podemos, Corbyn, Melenchon).

In Eastern Europe, matters are more complex due to nostalgia for communism and authoritarian rule, and sensitivity to EU rules due to prior occupation. Again, though, I haven’t seen studies showing that the poor, net of values, are driving support for right populists. Instead it seems that in some Eastern countries that are inside the EU (not those outside), the migration issue has been instrumentalised to show evidence of the failure of the western model and how the EU is imposing terms on Hungary and Poland the way other powers (Soviet, German) once did. Still, I believe these countries may yet vote out their populists because immigration and terrorism rank lower as electoral priorities than the economy or corruption, and thus the long-term structural drivers are not as durable as they are in the West, which will undergo substantial ethnic change in the decades to come.

What is your assessment of the responses by ‘mainstream’ parties in Europe and the US, to this trend?

I believe the mainstream in most of Europe has responded in the only way it can, by trying to adopt some of the populist right’s immigration restrictionist agenda (including integration of migrants) without the nasty side. This has permitted Kurz in Austria, Macron in France (who has praised Merkel but kept the door tightly closed), May in Britain and Rutte in the Netherlands to keep populism at bay. The left is also adapting. Yet to the extent the left moves in a restrictionist direction it may lose younger and liberal-cosmopolite voters to the Greens. This points to the emergence of a new ‘liberal-conservative’ dimension to politics that crosscuts the old economic left-right axis. The right has been more effective at bridging its liberal-conservative divide than the left, which has lost many conservative working-class voters. Yet in Denmark and Norway, the left has moved in a culturally conservative direction, and is recovering support. There are similar developments now taking place on the far left in Germany.

The three parties that stand out for their open immigration stance are the American Democrats, Canadian Liberals and, to some degree, Labour in the UK. I think the UK is a special case due to the unusual circumstances created by Brexit, which have dampened anti-immigration sentiment, and a Tory government that has been in power a long time. I wouldn’t expect Labour to be able to consistently win down the road if it adopts a high-immigration stance against the Tories after Brexit. The US is polarised, but has a much larger minority population so a pro-immigration left can win elections. In Canada, minority votes are a key part of the Conservative vote, so this keeps the right from campaigning on cultural issues. Having said this, there is now a new populist right party in Canada and one likely to win in Quebec’s provincial election, so only time will tell.

Has this relatively recent rise in right-wing populism influenced how nationalism is perceived or discussed in Europe and the US?

I think the field of nationalism, like most other fields, is not really conceptually equipped to respond. The focus has been on ‘ethnic nationalism’, but this term was developed at a time of minimal immigration to describe a form of separatist nationalism in which membership or territorial claims were determined ethnically. It doesn’t capture the distinct populist-right perspective, which favours reduced but not zero migration, and wishes to protect the ethnic majority from decline but does not seek to limit citizenship to members of the majority. In the US, the political term ‘nativism’ is typically used, which lacks analytical precision. You could say it means ‘dominant ethnic nationalism,’ but then, as noted above, this also falls short in capturing the new nationalism. I prefer the term ‘ethno-traditional’ nationalism, which gets at the idea of wishing to preserve a particular ethnic configuration from change, as distinct from seeking a homogeneous ethno-nation, which is more accurate for describing the Visegrad approach and the alt-right.

Your new book argues that this is ‘the century of whiteshift’. What do you mean by this?

Whiteshift has two meanings. First, the ethnic shifts external to white majorities which are causing cultural insecurity and raising the profile of immigration and integration issues among conservatives, leading to populism.  By the end of our century, on current trends, the white share is projected to range from a low of 20 percent in Canada to about 50 percent in many western European countries. Second, the internal transformation of white majorities through large-scale race mixture, trailing white decline by about 50 years. Close to 30 percent of Britons will be mixed by 2100, rising to 75 percent by 2150 and virtually everyone a few decades later. I hypothesise that, due to global economic and demographic shifts which reduce the West’s prominence, most of the mixed-race majority will incline toward its European heritage. This has been the pattern among many groups in history, who tend to select from a useable past.

How would you describe white responses to changes in the ethnic composition of some states in Europe and the United States?

Generally, as political psychologist Karen Stenner writes, conservative and order-seeking (psychologically authoritarian) whites view ethnic change as loss and diversity as disorder. So these changes will result in populist resistance. But there are other responses too, notably white liberals who ignore or suppress concerns in the name of anti-racism social norms; whites who retreat into heavily white residential areas or social networks; and those who join the newcomers in friendship and intermarriage. Often individuals are involved in several of these four main processes.

You argue in the book that conservatives as well as cosmopolitans need to view whiteshift as a positive development. How do you think this can be achieved, and is it possible in the current political climate?

I think this is a long-term process. Cosmopolitans are already very bullish about change and mixing, but conservatives feel quite negative. The goal in my view would be to open space for ethnic majority conservatives to have a positive group identity that is open to assimilation. To gradually come round to the idea that so long as their myths of ancestry and group consciousness persist, it is not so important that every member of the group look white. As this occurs, ‘white’ majority groups can begin to see a brighter future for themselves and become more secure. And I think politicians have a role when addressing conservative audiences to downplay diversity and change. Most people vastly overestimate minority share and rates of increase, thus the aim (for conservatives, not for liberals or minorities) should be to stress continuity with the past and the seamless assimilation of immigrants (which is in fact largely occurring).

Your book Political Demography (published in 2011 and co-edited with Jack Goldstone and Monica Duffy Toft) argued that political demography is dramatically underrepresented in political science. Do you think this is still the case? What other demographic trends do you feel will have a major influence on political processes in the near future?

There are some bright spots, such as the International Studies Association (ISA) Political Demography and Geography section, and a few interesting books, some of which have been published in trade presses. Isabelle Cote’s recent edited volume People Changing Places (2018) is worth a read. One to watch for will be Paul Morland’s Human Tide: how population shaped the world (2019), a political demographic history of the world since the eighteenth century. Yet the subject still remains niche, with demographic factors insufficiently mainstreamed within a discipline that remains focused on traditional categories such as economics versus institutions; or realism versus liberal internationalism.

Demographically, I think the internal ethnic shifts in the West, even more than aging, will consume western political energies, leading to a more isolationist approach abroad. A version of this process will also occur in the developing world, notably in Africa, due to differential ethnic population growth and migration rates, often within countries. Internal migration across tribal/ethnic boundaries has already been a major factor in ethnic violence in places such as Kenya and Uganda. If South Africa’s economy takes off, then I would expect to see increased illegal immigration and even more severe anti-immigration politics than has been the case thus far. Beyond this, the gradual shift in demographic and economic weight to the global South – especially Africa – should continue, but it is unclear what this means for the global balance of power due to the large number of countries and multiple cultural divisions within Africa.

What is the most important advice you could give to young scholars of international politics?

I would pay attention to at least one aspect of demography – aging, migration, youth bulges, population and national power. Beyond that, be sure to publish before acquiring the PhD as it is a competitive buyer’s market out there!