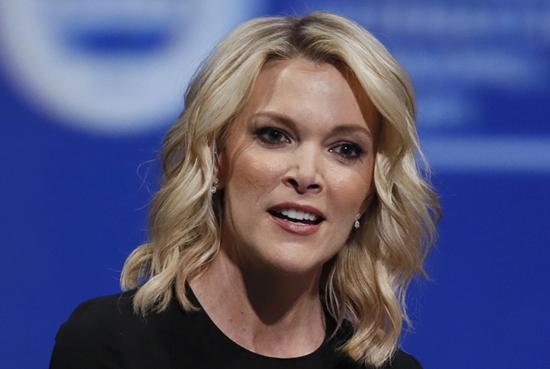 Insiders say a report that former Fox New Channel star’s finito is premature, but they certainly don’t embarrass themselves to argue as to the actual inevitability. In that vacuum, the rumor mill hit maximum overdrive Thursday with terms like “canceled” and “exit” bandied about, a day after Kelly engaged in a game of Hollywood agency musical chairs.

With a pivotal meeting between Kelly’s lawyer and brass at the Comcast-owned network scheduled for Friday, the writing has been on the wall for some time. Kelly, one year into her three-year, $69 million contract, was off her 9 AM ET show today, will be gone tomorrow too, and, according to some sources, is gone altogether. Only the details have to be resolved.

Two days earlier, Kelly surprised NBC News with her spirited on-air defense of blackface Halloween costumes. The offensive remarks handed Andy Lack that final straw in his big-bucks experiment to bring more conservative fly-over country viewers to the morning show franchise with the addition of the outspoken former Fox News lightning rod who prides herself, as she reminded us once again this week, she is “not pc.”

Meanwhile, reports that Kelly may return to the welcome arms of Fox News Channel is leaking water given that a Fox News spokesperson is happily telling reporters seeking comment, “we are extremely happy with our entire lineup.” This stands to reason, given the network’s primetime numbers: Sean Hannity is poised to have his highest-rated month in his FNC history; Tucker Carlson is No. 1 in his time slot in the news demo and total viewers, etc.

Lack, on Wednesday, held a town hall meeting with staff and kicked it off with a robust condemnation of Kelly’s latest foot-in-mouth attack, setting in motion the Comcast removal marathon. Reporters Who Cover Television, whose nerves are fraying over the glacial pace at which these things happen at the media behemoth, when a simple “Sorry, you’re bumming us out, get the *** out out of here” would do, began publishing headlines saying the removal is done, but with inside-copy quotes reporting it’s clear NBC can’t put her back on air after this latest debacle.

On Thursday morning, NBC News announced she’d be off the air the rest of the week under the circumstances; a repeat episode of Megyn Kelly Today aired.

Truth is, Kelly was a bad fit from the get go. As she demonstrated on the very first day when she asked the superfan of Will & Grace, whose cast members were her guest that day, “Is it true you became a lawyer, and you became gay, because of Will?” W&G star Debra Messing felt compelled to assure fans, “Honestly I didn’t know it was MK until that morning. The itinerary just said ‘Today Show’ appearance. Regret going on. Dismayed by her comments.”

Later, doing one of those celebrity interviews with Jane Fonda and Robert Redford in promotion of their new Netflix movie, Kelly did not grill Fonda about her politics. However, she found another way to derail the interview, setting up the actress with the compliment “You’ve been an example to everyone in how to age beautifully and with strength,” followed by the question, “I read that you said you felt you’re not proud to admit you’ve had work done. Why not?”

Months later, however, Kelly did play the Hanoi Jane Card when she said, on her show, that Fonda “has no business lecturing anyone on what qualifies as offensive” after Fonda was asked about that awkward encounter on Kelly’s show as she guested elsewhere.

But Kelly did herself in this week when she asked her all-white panel, “What is racist?”

Worth mentioning Kelly is 47 and would have been of Halloween costume age about, say 40-ish years ago, and that times have changed in nearly half a century. But, that also puts her childhood in the ’70s — not the ’30s.

As Kelly began having trouble booking A-list guests to her show, she began booking victims of sexual harassment, a topic that reminded viewers of her celebrity status back when candidate Donald Trump attacked her over the question she asked him at the first GOP debate about vile ways in which he had described women over the years.

More recently, Kelly seemed to be setting up a storyline that she might be on the outs at NBC News because of her coverage of the #MeToo movement, telling Us magazine, sphinx-like, “I know too much that others don’t know” about Matt Lauer’s continued employment and then sudden ouster from NBC News, when asked whether Lauer might make a comeback.

Today, in what had all the earmarks of a desperate effort to distract from her blackface remarks and cast her ouster from the Today show as another #MeToo moment in NBC News’ history, Kelly’s lawyer reportedly demanded that Ronan Farrow witness Friday’s scheduled meeting between Kelly’s camp and NBC brass to talk about her future.

Farrow famously exited NBC News when the division declined to broadcast his report about women’s claims against Hollywood mega-producer Harvey Weinstein, claiming it was not ready for broadcast. Farrow took his work to the New Yorker, and the rest of the story, and Farrow’s Pulitzer Prize, is history.

NBC’s Today show weatherman-and-so-much-more Al Roker is odds-on fave to step in to Kelly’s 9 AM weekday Today time slot, at least on an interim basis. It makes sense, as he was one of the Today time slot’s two co-hosts – Tamron Hall was the other – for several years, until NBC shoveled out $70M to land the Fox News Channel primetime star, giving her the hour.

More recently, Roker’s the guy who, on Wednesday – aka, the morning after Kelly delivered her defense of blackface Halloween costumes, “as long as it was respectful” – told Today viewers her previous day’s apology to staff wasn’t nearly enough, and that she owed an “apology to folks of color around the country.”

“This is a history, going back to the 1830s [with] minstrel shows. To demean and denigrate a race wasn’t right. I’m old enough to have lived through Amos ‘n’ Andy where you had white people in blackface playing two black characters just magnifying the stereotypes about black people. And that’s what the big problem is,” he said, adding, “No good comes from it. It’s just not right.”