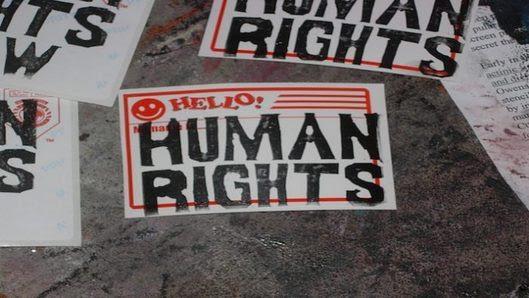 In the ten years since the global financial crisis and the great recession, attention to the perils of income and wealth inequality have increased considerably. The Occupy movement with its call of “we are the 99 percent!” highlighted in stark terms what economists Thomas Piketty and Emmanuel Saez (and others) have shown in more detailed terms – income and wealth inequality have exploded around the world since the late 1970s. The culprits behind this explosion in inequality are ones you would expect – politicians who cut taxes for the rich, economists who advocate for unfettered market dominance, wealthy individuals who use off shore tax havens to hide most of their wealth. However, there are also culprits that one may not expect such as the human rights movement.

In his book Not Enough: Human Rights in an Unequal World Samuel Moyn argues not that the human rights movement has caused this explosion in inequality, but rather that human rights and the human rights movement (at least as currently constituted) did nothing to stop this trend from emerging and accelerating and is not up to the task of reversing it. Moyn’s main claim is that for the contemporary human rights movement, social and economic rights have been conceptualized as providing a basic minimum (or sufficient) amount of what he terms “the good things in life”, and while this has galvanized attention to issues of global poverty it has done nothing to stem the explosion of inequality within or across nations. In fact, Moyn argues that the global human rights movement and neoliberalism have been able to coexist for decades without much fear of the latter overriding the former: “To a startling extent, human rights have become prisoners of the contemporary age of inequality” (p6). This is the culmination of Moyn’s book, but to get there he takes the reader on a very interesting and much needed history of social and economic rights, showing that there has been a longstanding debate as to whether social and economic rights should include just sufficiency or also be expanded to include material equality as well.

Moyn moves from the French Revolution, to the emergence of national welfare states pre-and post-World War II, to the brief rise of the New International Economic Order of the 1970s and the intellectual moves from scholars such as Charles Beitz and Henry Shue who state that a focus on sufficiency should ground economic and social rights, and finally to the present neoliberal moment where wealth inequality has skyrocketed. This is quite the tour through political, economic, as well as intellectual history. One of the main points Moyn makes throughout this is that the political economy of the time largely dictates how social and economic rights are viewed – with either attention to sufficiency or to both sufficiency and equality. This latter idea – the fusion of sufficiency and equality as comprising social and economic rights – is what Moyn terms the Jacobin synthesis since it was an idea that first emerged during the French revolution. Moyn notes of this time that, “It was never simply the case, however, that the people’s precarious state exempted wealth from egalitarian concern so long as adequate social policy existed . . . The “right of existence” escalated among the sans culottes into a claim for ‘equal outcomes” (p22).

According to Moyn, the Jacobin synthesis achieved its fullest realization with the rise of the welfare state in the late 19th and early 20th Century. Importantly for Moyn, it was the national welfare state where economic and social rights were grounded during this time. This brings him to recast the view of the Universal Declaration of Human Rights as empowering the state rather than an internationalizing document that empowered non-governmental actors or judges. He states that, “for all these reasons, the Universal Declaration has to be reread. Most historians of the document, celebrating it for an internationalization of rights politics that occurred decades later have omitted the welfare state that it canonized. The Universal Declaration has to be seen circling around the project of national welfare. It was the satellite, not the sun” (p44).

The Jacobin synthesis even made some progress in the country most hostile to the welfare state – the U.S. Moyn argues that during the New Deal era in American history some prominent reformers advocated for material equality to go hand in hand with the state providing basic sufficiency. This move culminated in FDR’s call for a second Bill of Rights, but ultimately these claims were not realized and according to Moyn, “American reformers massively failed in both their overt plans of institutionalizing a social minimum and their covert mission of endorsing a planned economy for the sake of distributive equality – even if an impressive moderation of income inequality was achieved in other ways in the period and lasted for some time” (p71). As World War II ended and decolonization continued apace, the idea of the welfare state burst from its national boundaries and became globalized. According to Moyn, “it took the decolonization of the globe after World War II, as old empires disgorged new states, for the ideals of the just distribution of good things in life to be truly globalized” (p90).

The New International Economic Order (NIEO) was a coalition of states from the Global South who advocated for policies to address the problem of inequality among nations. Moyn notes that the NIEO program differed from the human rights movement that was also emerging at the same time in their focus on addressing problems of material inequality and doing so through diplomatic means, as opposed to the naming and shaming tactics utilized by the human rights movement. Ultimately, the plans of the NIEO to reduce material inequality across nations didn’t achieve their goal and the next stage in globalizing welfare focused on providing for the basic human needs of individuals in the developing world. This was another move in the direction of subsistence over subsistence and equality according to Moyn. He argues that the concept of basic human needs fit well with the human rights movement as the focus in both cases was on the care of individuals (as opposed to the national level distribution issues of the NIEO). Ultimately, this synthesis of basic human needs and human rights in the late 1970s and early 80s led to the demise of material equality as being a part of an economic and social rights package, as Moyn notes, “both basic needs and human rights arose for many and served for all as focal points for a turn away from distributive equality, both within nations and above them, as socialism began to enter decline and the NIEO’s demands were bypassed” (p145).

Intellectually, in the late 1970s and early 1908s, the concept of global justice and international ethics was emerging in philosophy in response to catastrophes such as global famine. Moyn argues that these ideas helped solidify the notion that economic and social rights should contain provision for basic human needs and subsistence and not material equality. He notes that, “on the grave of the dream of equality, however, a proposal to pursue the sufficient minimum of social rights took off, as a subsistence ethic for the globe transformed the conscience” (p147). He singles out the works of Charles Beitz and Henry Shue as two paradigmatic examples here. This brings the story to the present neoliberal age where Moyn makes his final, and main point, that the human rights movement, with its emphasis of sufficiency only, has failed to stem the explosion of inequality within nations and across them.  Moyn is careful to point out that the human rights movement did not cause the rise in inequality seen over the last few decades, contra some critics of human rights, but rather was ineffective in pushing back (or did not even try) because it had long ago jettisoned any concept of material equality.

Moyn has been a long standing critic of human rights and the human rights movement. Kathryn Sikkink argues in Evidence for Hope that many critics of human rights and the human rights movement operate on a logic which she terms “comparison to the ideal”. They compare the present state of human rights to an ideal world. This is itself not problematic, provided that these critics explicitly state this is what they are doing which she argues they often do not, but it can lead critics to miss or minimize real improvements in human rights that have occurred over time, which was one of the main points of her book. She puts Moyn in this class of critics, even mentioning him by name as someone who is effective in critiquing human rights but often does not state what he is for. In Not Enough Moyn does not lay out a comprehensive plan for how to reduce material inequality, although he does imply that a renewed socialist movement may help. He states that it is “time to relearn the older and grander choice between socialism or barbarism” (p220). Fundamentally, Moyn’s critique is that human rights limit our moral imagination: “Human Rights emerged as the highest morality of an unequal world” (p220). Not Enough, in addition to being an interesting and compelling history of social and economic rights, can also be read as a call to action, to motivate those who care about global justice to move beyond the realization of human rights as the highest good.