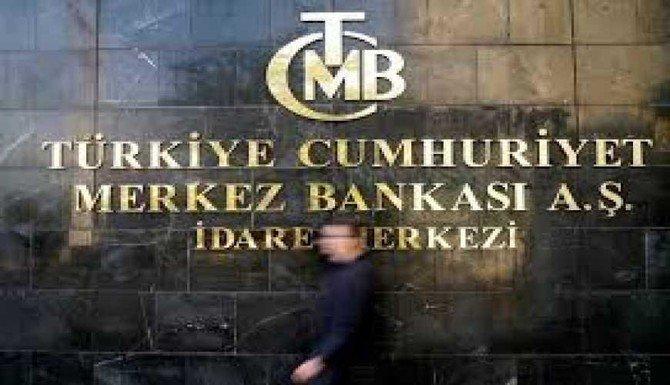 The Turkish Central Bank left its benchmark interest rate unchanged on Oct. 25 as expected, after a mammoth 6.25 percentage point increase that has helped the lira recoup some of its losses this year.

The one-week repo rate now stands at 24 percent after the bank increased it by a total of 11.25 percentage points this year. Twelve out of 15 economists in a Reuters poll had predicted it would leave the rate unchanged.

The currency has recouped some losses in recent weeks although it is still down by more than a third against the dollar this year. The sell-off sent inflation soaring to nearly 25 percent and, analysts say, has raised the likelihood of a recession and a spike in bad debts at banks.

Recently released data show that rebalancing trend in the economy has become more noticeable and external demand maintains its strength while slowdown in economic activity continues, partly due to tighter financial conditions, according to the Bank statement.

“Price increases have shown a generalized pattern across subsectors, reflecting the movements in exchange rates. Although weaker domestic demand conditions will partially mitigate the deterioration in the inflation outlook, upside risks on the pricing behavior continue to prevail. Accordingly, the Committee has decided to maintain the tight monetary policy stance,” it noted, adding that the Bank will continue to use all available instruments in pursuit of the price stability objective.

“Tight stance in monetary policy will be maintained decisively until inflation outlook displays a significant improvement. Inflation expectations, pricing behavior, lagged impact of recent monetary policy decisions, contribution of fiscal policy to rebalancing process, and other factors affecting inflation will be closely monitored and, if needed, further monetary tightening will be delivered,” it concluded.