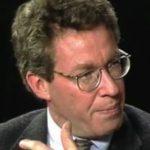 If the Saudi power structure were to crumble in the wake of the Khashoggi scandal there would be chaos at home and a shift in power around the Gulf, says Daniel Lazare.

If Donald Trump seems at a loss about how to respond to the Jamal Khashoggi murder, it may not be because he’s worried about his Saudi business investments or any of the other things that Democrats like to bring up to avoid talking about more serious topics. Rather, it’s likely because Trump may be facing one of the biggest U.S. foreign-policy crises since the overthrow of the shah in 1979.

At that time the U.S. counted on support from Arab Gulf states no less frightened by the Iranian revolution. That included Saddam Hussein’s Iraq, oil emirates Kuwait and Qatar, plus the Saudis themselves.

But if the Saudi power structure were ever to crumble in the wake of the Khashoggi scandal, there would likely be chaos because there is no alternative to replace it. The impact on the region would be significant. With its 55-percent Shi‘ite majority, Iraq is already in the Iranian orbit after the U.S. overthrow of Saddam; Qatar and Oman are on businesslike terms with Tehran, while Kuwait and the UAE could possibly reach an accommodation with Teheran as well. The upshot would be an immense power shift in which the Persian Gulf could revert to being an Iranian lake. That’s probably why the United States and Israel will do everything in its power to prevent the House of Saud from falling.

The consequences in terms of U.S. imperial interests would be nearly incalculable. For decades, America has used the Gulf to shape and direct its interests in the larger Eurasian economy. Thanks to trillions of dollars in military investment, the Saudis control the spigot through which roughly 24 percent of the world’s daily oil supply flows, much of it bound for such economic powerhouses as India, China, South Korea, and Japan.  Should control pass to someone else, America would find its monopoly severely impaired. The effects would also be felt in Syria, where Israel is incensed by the Iranian presence. It would be even more so should the Saudi counterweight be removed.

Expert consensus is that the regime is conservative, consensus-oriented, and stable, and that all the king might have to do ensure the regime’s survival is to remove his son, Muhammad bin Salman (MbS), as crown prince.

However, the kingdom may be less stable than it appears. It was already in trouble when MbS began his rise in early 2015. The second generation of Al-Saud rulers appeared played out along with their economic model.

Adjusted for inflation, oil prices had fallen two-thirds since the 2008 financial crisis while the kingdom was as dependent on oil as ever despite forty years of lip service to the virtues of diversification. Corruption was out of control while unemployment continued to climb because young Saudis prefer to wait years for a no-show government sinecure instead of taking a private-sector job in which they might actually have to work.  (Studies show that Saudi government employees put in only an hour’s worth of real labor per day.)

Internationally, the country found itself facing growing headwinds as Barack Obama firmed up his historic nuclear accord with Iran.  Obama’s statement in April 2016 that Saudis needed to “share” the Middle East with its arch-rival to the north would come as a blow to a family that thought it could always count on unqualified U.S. support.

Oil was supposed to keep Saudi Arabia rich and powerful, but instead total reliance on it was threatening to eventually weaken it. Something had to be done, and King Salman, although only intermittently lucid, figured his 29-year-old son was the man. Shoving rivals aside – most notably cousin Muhammad bin Nayef, the prince in charge of combatting Al Qaeda – Muhammad bin Salman began grabbing the reins and issuing orders.

The results have been disastrous. Within weeks of being named minister of defense — his appointment as crown prince would take a few months longer — MbS launched an air war on Yemen that would soon turn into a classic quagmire, one that would cause as many as fifty thousand combat deaths, propel much of the country to the brink of starvation, and generate annual costs back home of $50 billion or more that the kingdom could no longer afford.

In June 2017, bin Salman imposed a quarantine of Qatar on the grounds of excessive cordiality with Iran and too close relations with the Muslim Brotherhood, but he was taken aback when the emirate showed that it could carry on despite the blockade. A few months later, MbS’ henchmen kidnapped Lebanese Prime Minister Saad Hariri and forced him to read a resignation speech on Saudi TV. But Hariri repudiated the speech as soon as he was back in Lebanon.

Every attempt to assert Saudi strength only underscored its growing weakness. Bin Salman rounded up two hundred of the kingdom’s richest princes and businessmen last November, herded them into the Riyadh Ritz-Carlton, and then, following beatings and torture, forced them to hand over $100 billion or more.

Capital flight accelerated as a consequence while foreign direct investment is now off eighty percent from 2016 levels. The crown prince unveiled a series of grandiose vanity projects – an entertainment park twice the size of Disneyworld, a $500-billion robot city known as Neom, and a tourist park the size of Belgium – but then had to put them on hold when his father blocked plans to privatize five percent of Saudi Aramco, which he had been counting on as a revenue source.  He hiked gas prices by eighty percent and slapped on a five-percent sales tax, but then went on a Marie Antoinette-style spending spree, shelling out $550 million for a yacht, $450 million for a painting, and $300 million for a French chateau.  Whatever the benefits of austerity, they were promptly undercut.

Now the torture, murder, and dismemberment of a dissident journalist in Istanbul has made matters many times worse. With MbS persona non grata across the globe, the kingdom’s political and economic isolation is as great as it has probably ever been.  According to a report in the Paris daily Le Figaro, moves have begun to replace MbS as crown prince, second in line to the throne.

An abundance of princely candidates compounds the confusion caused by an unclear line of succession. Since Saudi kings have generally claimed a right to choose their successors, it would be up to Salman to appoint a replacement. So far, the rest of the family has been too terrified to say otherwise. But if MbS departs the scene, factions that suffered under his reign might grow bold enough to demand a say. Since it is unclear what that would mean in an absolute monarchy, a royal donnybrook could conceivably ensue.

Other forces might also weigh in. One is the military, which can’t be too happy now that Maj. Gen. Ahmed al-Assiri, a top intelligence officer, is being set up as the fall guy in the Khashoggi affair.  Another is the Wahhabiyya, the ultra-conservative mullahs who have allied themselves with the Al-Saud since the eighteenth-century, only to see themselves shunted aside by a headstrong crown prince. MbS seemed to go out of his way in recent months to stick it to the mullahs. “No one can define Wahhabism,” he said in an interview last spring. “There is no Wahhabism. We don’t believe we have Wahhabism.” Those are words that mullahs are not likely to forget, which is why they will probably speak out if the question of a new crown prince is raised.

Then there is the threat of ISIS and Al Qaeda. After accusing Saudi Arabia of “trying to secularize its inhabitants and ultimately destroy Islam,” Abu Bakr al-Baghdadi, Islamic State’s self-proclaimed caliph, launched an attack inside the kingdom in July that killed two people. Al Qaeda, which also portrays itself as defender of the true Wahhabist faith, has launched a similar campaign. Hamza bin Laden, Osama’s son, has released six videos denouncing the royal family as “agents of the Americans,” and called on “honest, glorious scholars … [to] participate in promoting change with their tongues, their pens, their media, and their tweets,” and urging “youth and those capable of fighting” to join the “mujahideen in Yemen.”

Jihad abroad is a habit the Al-Saud can’t kick. Since MbS launched his ill-fated war on Yemen, Al-Qaeda’s forces in that country have mushroomed from near zero to an estimated four thousand fighters. While its strength inside Saudi Arabia is unknown, there is no question that the group continues to enjoy significant support. According to a 2015 poll of Saudis between the ages of fifteen and thirty-four, 28 percent say that groups like ISIS or Al Qaeda “are mostly wrong, but sometimes raise issues I agree with,” five percent say “they are mostly right, but I disagree with some of their words and actions,” while ten percent say that “they are not a perversion at all.” Sympathy for such forces will likely grow as disorder mounts.

Disaffected royals thus demand political change along with angry mullahs, obsessed jihadis, and millions of jobless young people. By flooding Saudi Arabia with oil revenue and high-tech armaments and allowing it to attack whomever it pleases, the U.S. has contributed to an increasingly dangerous build-up of highly combustible forces. Liberals may hope that a constitutional monarchy emerges out of the current mess, but it’s unlikely in the extreme. The Saudi crisis is likely instead to intensify.

Daniel Lazare is the author of The Frozen Republic: How the Constitution Is Paralyzing Democracy (Harcourt Brace, 1996) and other books about American politics.  He has written for a wide variety of publications from The Nation to Le Monde Diplomatique and blogs about the Constitution and related matters at Daniellazare.com.