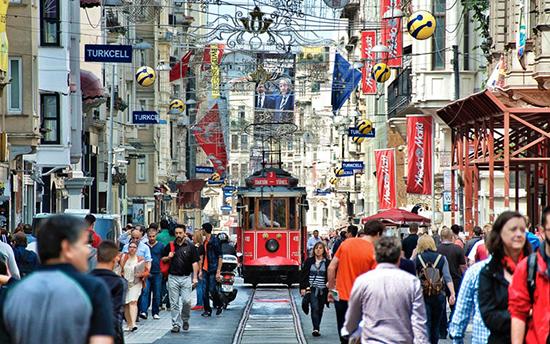 Some 88.7 percent of Turks are happy about their physical appearance, according to a survey research undertaken by the Turkish Society of Plastic Reconstructive and Aesthetic Surgeons.

Some 98 percent of interviewees in Trabzon agreed with the statement of “I find myself handsome or beautiful,” the highest percentage among six provinces.

Some 66 percent of interviewees said beauty plays an important factor in finding a job, whereas 38 percent agreed with the statement of “One needs to be beautiful to be accepted in society.”

According to 61 percent of interviewers, “facial beauty” is the most important factor in determining the physical beauty of a person. This was followed by the ratio of height to weight with 26.5 percent.

Some 80 percent of interviewers said they find their “faces” most attractive, whereas according to some, the color and shape of their eyes, skin quality, or hair color was their most attractive feature.

Some 32.5 percent of interviewers have at least one physical characteristic that they are not happy about, with weight coming at the top at the list. This was followed by “unhappiness about nose shape” and “finding oneself short.”

Some 94 percent said they find aesthetic operations as unnecessary, but 68 percent answered “Yes” to the question of “Have you gone through an [aesthetic] operation to delay ageing and appear young, or would you?”

According to the research, the number of people going through cosmetic operations is on the rise in Turkey. “Of those who have gone through aesthetic operations, a major part of them do not talk about it and hides it. Even if they say ‘I am not in favor of aesthetic operations,’ they are after formulas to delay ageing and prolong youth. And the fact that we are among eight countries in which cosmetic surgeries are performed the most, confirms our research results,” Prof. Dr. Selahattin Özmen, the coordinator of the research, told daily Hürriyet.

The president of the Turkish Society of Plastic Reconstructive and Aesthetic Surgeons, Prof. Dr. Sühan Ayhan, warned people against people who are not surgeons, but are performing such operations.

“We [cosmetic doctors] are not enough to meet this [high] demand [for cosmetic surgery]. When the demand went up, people who are not doctors went into this business. For example, hair transplantation, even though not a big surgery, is still a surgical operation. People who are not doctors started to undertake this. Technicians are transplanting air. If something is cheap, there is a problem there, be careful,” Ayhan said.