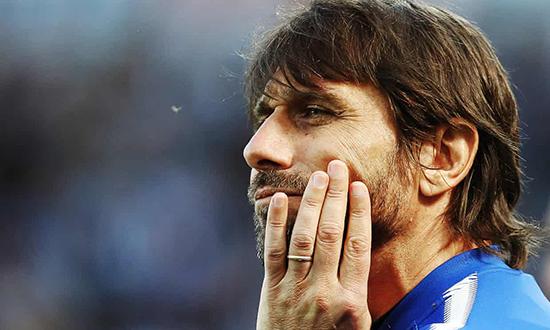 Antonio Conte is the favourite to become the new Real Madrid manager with Julen Lopetegui set to be sacked after the 5-1 defeat by Barcelona on Sunday.

The Italian, who left Chelsea in the summer after two years at Stamford Bridge, is keen to take the job and held talks with the Real Madrid president, Florentino Pérez, on Sunday.

The 49-year-old has a legal dispute to settle with Chelsea and, if that proves a stumbling block, Real are likely to turn to Santiago Solari.

Real, however, remain confident that Conte will be in a position to accept the job and hope to announce the change of manager as soon as Monday. Lopetegui, who replaced Zinedine Zidane in the summer, had been expected to be relieved of his duties last week after a home defeat to Levante but earned a stay of execution to oversee a narrow 2-1 win over Viktoria Plzen in the Champions League on Tuesday.

His days were numbered, however, and the painful defeat at Camp Nou on Sunday left his team in ninth place, seven points behind Barcelona. Lopetegui, who was forced to leave his job as Spain manager in the summer after news of his deal with Real Madrid came through, tried to put a brave face on after the game against Barcelona, saying: “I’m sad, it’s a tough blow, but I have strength to continue and the belief that things will improve.”

Luis Suárez scored a hat-trick for Barcelona with Philippe Coutinho and Arturo Vidal also getting on the scoresheet.