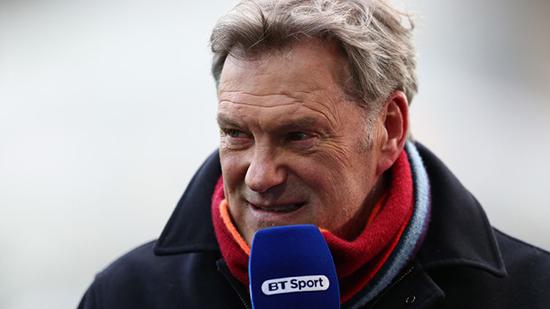 The family of Glenn Hoddle have thanked TV staff whose quick reactions helped the 61-year-old when he collapsed on Saturday morning.

Simon Daniels, a member of the production crew and a special constable, gave Hoddle immediate medical attention when the former England manager suffered a heart attack at the BT Sport studios shortly after appearing on Robbie Savage’s show.

Hoddle is in a serious condition but is responding well to treatment thanks to the quick-thinking of Daniels.

A spokesman for Hoddle said: “Glenn remains in a serious condition in hospital after suffering a heart attack yesterday. He continues to respond well to treatment.

“The family are grateful to everyone in the football family – and beyond – that have sent kind messages of support, they are very much appreciated.

“In particular, Glenn and his family would like to publicly thank the BT Sport staff that treated him immediately on set following his collapse.

“Glenn is now in the care of the professional NHS medical services, who have also been exemplary in helping him and the family during the last 24 hours.

“Doctors have advised the most important thing for Glenn is time to rest. Therefore, his family have reiterated the request for their privacy to be respected during this period.”

Daniels, a special sergeant with Thames Valley Police, insists that all he did was what was necessary when Hoddle became ill.

He tweeted: “So pleased that Glenn is now getting the best care possible in hospital. Just did what was necessary to give him a fighting chance. Thoughts are with his family. It was my training as a Special Constable that paid off.”

And the actions of Daniels were praised by Assistant Chief Constable of Thames Valley Police Nikki Ross.

She tweeted: “Well done Simon. Sounds like you were incredible! @ThamesVP.”

The football community was quick to support to the former Tottenham midfielder, who won 53 caps for England.

Southgate, who played under Hoddle for England, said: “My thoughts and prayers are with Glenn Hoddle and those closest to him following today’s distressing news. Everybody across the game is right behind one of English football’s greats and we are willing him to pull through.”

Clarke added: “All of us at Wembley and St George’s Park are thinking of Glenn and hoping for positive news. Our thoughts are also with his family and friends at what will be an extremely difficult time for everyone who knows him.”

Former England team-mate Gary Lineker wished Hoddle well, writing on Twitter: “Hugely worrying news that Glenn Hoddle collapsed at the BT studios earlier. Thoughts are with him and his family. Come on Glenn.”

The Football Association, via the England team account, wrote: “Worrying news. Get well soon, Glenn Hoddle, we’re all behind you.”

Tottenham and Chelsea also sent their best wishes to their former player and manager, as did England captain Harry Kane who said his thoughts were with Hoddle.

Graeme Souness referred to Hoddle as a “class act” when speaking on Sky Sports.

“He is genuinely one of life’s good guys,” he said. “You have to have a bit of courage, the way he played football, and I’m sure that’ll stand him in good stead right now.”

Crystal Palace boss Roy Hodgson is close to Hoddle and, speaking after his side’s draw with Arsenal, said: “I think it’s something which puts the game of football into perspective.

“I know Glenn, so I was really disappointed to hear he’d suffered a serious problem before the game, and had been taken to hospital to be treated.

“That affected me, of course. Nothing compares with life and death. It’s important we recognise that. Football is a village. We know everyone in our village. They almost become family.”