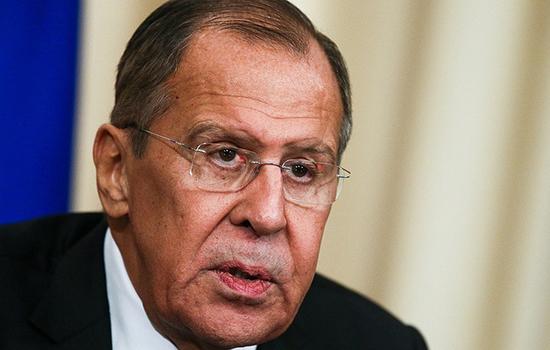 “I would say that no offense at all was expressed on our part,” Russian top diplomat said

“I would say that no offense at all was expressed on our part,” Lavrov said in an interview with the “Moscow. Kremlin. Putin” TV show aired by the Rossiya 1 TV channel on Sunday. “President Vladimir Putin had said very clearly that we understand that this is their decision, and there is no way we can influence it.”

“We have voiced our reasons and hope that they kept them in mind when making their decision,” he added.

Bolton confirmed Washington’s decision to quit the INF Treaty during his visit to Moscow earlier this week. According to the US official, a number of countries, such as China, Iran and North Korea, who are not covered by the treaty and “are free to do whatever they want,” have substantial ballistic capabilities. “In the case of China, somewhere between one third – one half of all of their ballistic missile capability violate the INF if they were a party to it,” he said. “So there is a new strategic reality,” he added.

US’ decision to withdraw from INF Treaty makes Europe nervous

European countries are seriously worried over the United States’ decision to withdraw from the INF Treaty, minister said.

“We see the reaction. This decision has made the Europeans nervous,” he said, adding that his German counterpart, Heiko Maas, had told him about that in a telephone conversation.

The Russian top diplomat recalled that the entire North Atlantic alliance had been involved in the preparation of the INF Treaty. “Now, many in NATO say that NATO’s members are to be consulted with while taking a decision about the INF Treaty’s future. I don’t know how the North Atlantic alliance is going to tackle this issue but at least [US National Security Adviser] John Bolton was quite straight when saying that the United States is primarily focused on the Asian direction where it wants to compensate for the ‘unfair’ lack of intermediate-and short-range weapons,” Lavrov said. “There are questions, especially to the Americans who change their position too frequently.”

The fate of the New Strategic Arms Reduction Treaty (New START) is up in the air after Washington’s statement on withdrawing from the INF Treaty, Russian Foreign Minister said.

“The Anti-Ballistic Missile Treaty has vanished and all our attempts to establish any reasonable dialogue with the United States and NATO amid the lack of the agreement have not found an echo and the INF Treaty will soon disappear while the fate of the New START Treaty is unclear,” he said.

Russia’s top diplomat stressed that at the October 23 meeting between Russian President Vladimir Putin and White House National Security Adviser John Bolton in Moscow both the Russian and US sides admitted the importance of holding a bilateral dialogue on all issues related to strategic security.

On October 20, US President Donald Trump said that Washington would withdraw from the INF Treaty because Russia was allegedly violating the terms of the agreement. Russian Deputy Foreign Minister Sergey Ryabkov branded this as a dangerous move, while Berlin and Beijing also criticized the US plans.

Meanwhile, London voiced support for the US, while NATO held Russia responsible for Trump’s decision saying that “allies believe that the most plausible assessment would be that Russia is in violation of the INF Treaty.”

The US accused Russia of violating the treaty for the first time in July 2014. Since then, Washington has been repeating its claims on many occasions, while Moscow has been rejecting them and advancing counter-claims concerning the implementation of the treaty by the US side.

The Financial Times reported on October 21, citing a high-ranking official from the US administration that the United States was also considering the option of revising the New START Treaty.

The INF Treaty was signed between the Soviet Union and the United States on December 8, 1987 in Washington, DC and took effect on June 1, 1988. The INF Treaty eliminated operational and non-operational medium range (1,000-5,500 kilometers) and shorter range (500-1,000 kilometers) ground-launched missiles. The Soviet Union eliminated 1,846 missiles, and the United States, 846.

US should substantiate its INF treaty violation claims with satellite data

“For many years we have been listening to accusations that the missile, designated as 9M729, was tested for the range, prohibited under the INF treaty,” he said.

“We have been consistently trying to receive some concrete information on the matter within the framework of all available formats, including the Joint Control Commission, set up to monitor compliance with the treaty,” Russia’s top diplomat went on. “If they are convinced that we have violated [commitments regarding] the missile’s range, it means that they had detected it using satellites. Let them show it, so that we could understand what they are talking about.”

According to the minister, after numerous attempts Russia has finally managed to obtain some practical information from Washington.

“At first, they only gave the missile’s number to us. Then they said that two tests have taken place and provided us with the date of those trials and their location – Kapustin Yar [testing facility in southern Russia],” Lavrov said.

In 2014, the United States accused Russia of developing a missile with an operational range of 500 to 5,500 km. US media outlets reported that the missile was codenamed 9M729 (NATO reporting name: SSC-8). Since then, the US has repeated this claim more than once. Russia strongly dismissed it and struck back at the US with counterclaims that America had violated the deal. Moscow accused Washington of developing missiles, which are tested at a range prohibited by the treaty and deploying missile defense elements, which may be used for launching short- and intermediate-range missiles.

According to Washington’s data, which it shared with its NATO allies, Russia has begun the deployment of 9M729 missiles, which the US sees as a violation of the INF treaty. Russian Foreign Ministry spokeswoman Maria Zakharova earlier said that the US has so far provided no evidence to support its accusations.