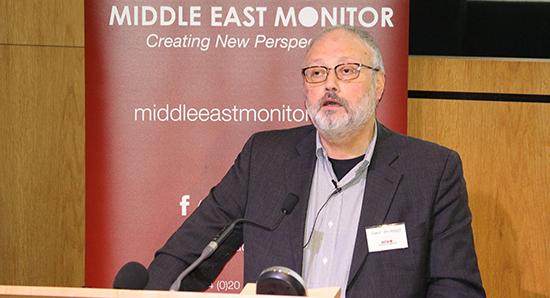 MOSCOW (Sputnik) – The United Kingdom was aware of Riyadh’s plans to capture Saudi journalist Jamal Khashoggi, and requested Saudi Arabia to cancel the mission, but the warning was ignored, the Daily Express newspaper reported, citing a UK intelligence source.

“On October 1, we became aware of the movement of a group, which included members of [Saudi General Intelligence Directorate] to Istanbul, and it was pretty clear what their aim was. Through channels we warned that this was not a good idea. Subsequent events show that our warning was ignored,” the source said, as quoted by the newspaper on Sunday.

The source said that Khashoggi was supposed to be brought to Saudi Arabia for questioning.

“These details included primary orders to capture Mr Khashoggi and bring him back to Saudi Arabia for questioning. However, the door seemed to be left open for alternative remedies to what was seen as a big problem. We know the orders came from a member of the royal circle but have no direct information to link them to Crown Prince Mohammad bin Salman. Whether this meant he was not the original issuer we cannot say,” the source noted.

In turn, a friend of Mr Khashoggi told the Daily Express that the Saudi journalist was close to get “documentary evidence” proving that Riyadh used chemical weapons in Yemen.

Khashoggi, known for his criticism of Saudi policies, had been working as a columnist for The Washington Post. The journalist was last seen entering the Saudi consulate in Istanbul on October 2. After more that two weeks of denials, the Saudi authorities confirmed on October 19 the journalist had been killed in a fight inside the consulate building.

Riyadh said it had arrested 18 people over their involvement in the incident, while at least five Saudi officials have been dismissed amid the growing controversy.