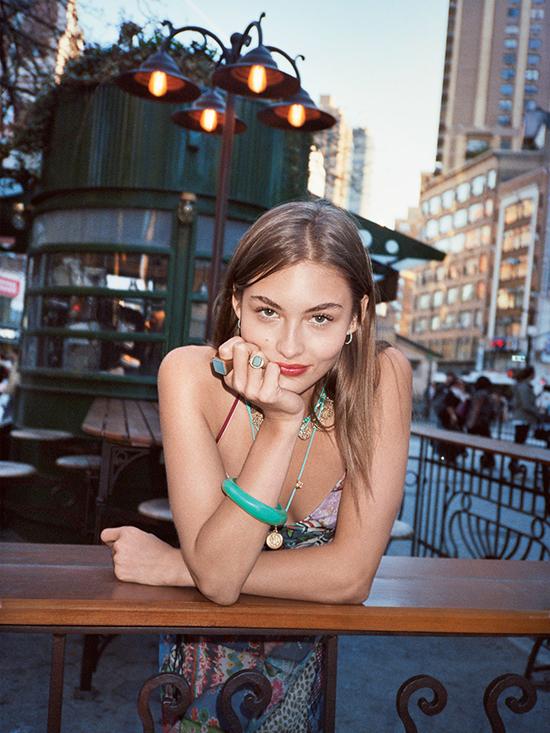 “Hormones are like music played in a beautiful but sometimes discordant symphony,” explains New York City–based holistic ob-gyn Eden Fromberg, D.O., likening the different glands in the endocrine system that produce distinct hormones to an array of musicians that create unique sounds in an orchestra, with each having to listen to the other so to play in progression. “When hormones play too loud or soft, too fast or slow, and don’t coordinate with the others, the sound produced may be jarring to the system.”

Controlling many of the body’s crucial functions such as mood, health, and behavior, hormones are humans’ most sensitive chemical messengers. “Women’s cycles and hormones affect our moods and behavior because the female body is an ecosystem and hormones nourish and inform the system as a whole,” says Fromberg. And how does one ensure the body has the synchronicity of the New York Philharmonic during, say, Beethoven’s Symphony No. 9? “One way to tap into our own biological intelligence is by observing the cycles and rhythms of our bodies,” explains Fromberg, who points out most women are already aware of certain hormonal shifts within their bodies. “We can amplify that awareness.” But in today’s modern world, with hormone balance becoming increasingly compromised by environmental factors such as extreme stress, exposure to harmful chemicals, and Westernized diets, taking your understanding and awareness to the next level, especially through the lens of fertility is essential—particularly in your 20s, when you’re setting the stage for your overall wellness.

“Reproductive health is your health, and maintaining it isn’t any different than exercising or eating a healthy diet,” explains Jaclyn Tolentino, D.O., a holistic family physician at Parsley Health with a subspecialty certification in hormone optimization. “Even if pregnancy isn’t on your radar right now, when you’re in your 20s, your body is still trying to function as if it’s capable of producing healthy offspring.”

From understanding your body’s cycles to the hormones most commonly associated with women’s health, here experts discuss the must-know information and tips for a lifestyle that promotes tip-top hormonal balance.

Get Familiar With the Most Important Hormones
According to Tolentino, the hormones women should focus most attention on are:

Monitor Your Body’s Cycles and Mood Shifts
The rise and fall of hormones during the menstrual cycle trigger a chain of events, influenced by the fluctuations of key hormones such as estrogen and progesterone, as well as hormones produced in the brain, namely follicle-stimulating hormone (FSH) and luteinizing hormone (LH), the former regulating the functions of the ovaries and the latter triggering ovulation when it surges. “In the first days of our cycle, we tend to feel the happiest and most energized, thanks to a gradual increase in estrogen and serotonin,” explains Tolentino. “During the very brief ovulatory phase of our cycle, the release of estrogen can result in a noticeable increase in libido for some women. Then, the last days of the menstrual cycle signal a decrease in estrogen and a rise in progesterone, a shift that is often accompanied by increased anxiety, irritability, and stress.”

Recognize Your Triggers
While menstrual cycle phases can help predict women’s hormonal responses, hormones are, by nature, very sensitive and many women experience irregular cycles that can trigger a disruptive feedback loop that can be challenging to reverse. “Fluctuations in mood, anxiety or depression, irregular or painful periods, headaches, insomnia, gastrointestinal issues, and increased hair growth in the face or chest can all be symptoms of hormonal imbalance,” says Tolentino. “It’s really your body’s way of trying to tell you that its chemical signals are not working well.” The culprits most often causing the disproportion? Stress, hormonal birth control pills, disorders impacting the endocrine glands, poor diet, and environmental hazards like phthalates and BPA, she says.

Get Your Hormones Tested
“You can’t change something you aren’t even aware of,” underscores Tolentino. “Hormone testing will show you where you stand.” Allowing you to see whether you’re producing the right hormones at the right times, as well as highlighting deficiencies that may need to be addressed, tracking the balance of your hormones through medical tests whether by blood, saliva, or urine can have a great long-term impact on important personal issues, like fertility. Not to mention, can act as harbinger for action if there’s a more serious condition at hand. “The longer a woman has consistent hormonal imbalances, the more difficult it can be to correct certain issues, which is why I consider testing a vital component to the larger picture of a patient’s overall wellness.”

That said, Fromberg cautions against obsessively monitoring, especially if a woman regularly experiences a normal cycle. “It may further disconnect a woman from her own, [individual] experience,” she says. “However it is helpful when she needs to investigate why she is already feeling or experiencing an imbalance, wants to recalibrate after hormonal contraception, or is exploring fertility concerns.” So too agrees Taz Bhatia, M.D., emphasizing that while testing is a powerful tool for tracking patterns, the results “have to be pooled into the overall decision-making rather than being viewed as an isolated data point,” she says.

Learn How to Manage Stress Levels
In terms of the most effective and natural ways to keep hormones in balance, reducing stress is the most crucial, says Tolentino. In fact, according to a new study, higher levels of cortisol are linked to memory loss and brain shrinkage before the age of 50. The best ways to lower high levels of cortisol are exercising regularly, establishing a daily restorative practice such as meditation, and cutting down on excessive use of smartphones.

Eat a Balanced Diet—and Add Supplements
Often overlooked or underutilized when it comes to recalibrating hormonal imbalances, what you eat daily, in tandem with staying hydrated and getting enough sleep, can have a drastic impact on keeping things in check. Bhatia recommends a gut-friendly, anti-inflammatory diet free of highly processed foods and rich in healthy fats (“The building blocks of all hormones,” she says), lean protein, and probiotics. For Tolentino, the top hormone-supportive foods are cruciferous vegetables, such as broccoli and cauliflower, and fermented foods like kimchi. Additionally, she recommends supplements such as B vitamins and magnesium (a key nutrient in protecting and supporting the thyroid), as well as adaptogens such as calming ashwagandha and PMS-alleviating chaste tree berry. Consider them the proverbial cherries on top.