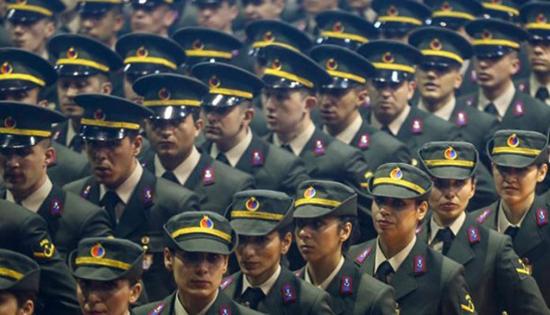 Turkish Defense Minister Hulusi Akar on Sunday said 15,153 military members, including 150 generals and admirals, have been dismissed as part of a post-coup crackdown on the faith-based Gülen movement, the state-run Anadolu news agency reported.

Turkish authorities accuse Gülen followers of orchestrating a coup attempt in 2016, although the movement strongly denies any involvement.

Akar, who was chief of general staff at the time, was captured and held hostage during the hours of the abortive putsch.

Turkey has dismissed some 140,000 public servants under government decrees and investigated more than 600,000 people over terrorism charges since the coup attempt.