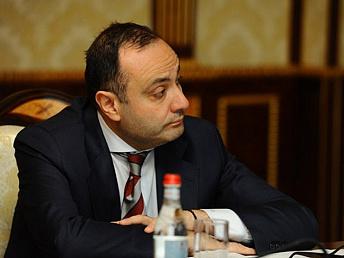 Earlier, Bolton said in his interview with Azatutyun that he proposed Pashinyan to buy American ammunition instead of Russian as he met with the acting premier in Yerevan.

“In fact, the issue of weapon purchasing by our country was not discussed at the meeting with Mr.Bolton – the matter was not a topic of the talks,” Toganyan said. “Bolton spoke in the interview about room for removing obstacles for weapon sales.”

The ambassador also said that Nikol Pashinyan only expressed readiness to consider the lucrative offer.

At the same time, he said no particular offers have come.

“It is also should be taken into account that arms market is a common market on one side, but there are some military and technical things here,” he said. “We very closely cooperate with Russia in this area, and our armed forces and officers are adjusted to Russian weapons and servicing and we have appropriate conditions.”

“There is an export loan agreement, and used a $200-million loan in recent years Armenia, and then the second $100-million line was opened,” he said. -0—