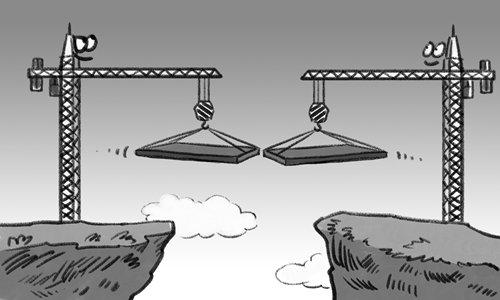 Chinese President Xi Jinping’s meeting with visiting Japanese Prime Minister Shinzo Abe at the Diaoyutai State Guesthouse in Beijing last Friday shines in comparison to the last time the two leaders came together in 2014 when Xi met Abe on the sidelines of the APEC Economic Leaders’ Meeting in China, at the latter’s request. This shows that China-Japan relations have turned the corner. As Abe said when he met Premier Li Keqiang last Friday, he expected to start a new phase of bilateral ties showing a shift “from competition to coordination”.

Peaceful development has been the consistent stance of the Chinese government. President Xi once said that there are “a thousand reasons to make the China-US relationship work, and no reason to break it”. Although Xi was talking about China-US relations, the words also reflect his thought of building a community with a shared future for mankind. Therefore, there is no reason to break China-Japan relations as long as Japan takes into consideration peace of the entire East Asia.

It’s true that China’s relationship with Japan has been frosty since Abe assumed power for the second time. But it is mainly because the Japanese government blindly pandered to the US’ “pivot to Asia” strategy, not because there is irreconcilable and structural dispute between Beijing and Tokyo. On the contrary, China and Japan have broad space for cooperation in economy especially when US President Donald Trump is moving away from globalization. It’s becoming more urgent for China and Japan to strengthen mutual economic cooperation.

Abenomics is one of the economic policies of the Abe administration. It is even fair to say that the economy is the cornerstone of Abe’s long stint. According to the International Monetary Fund, China’s GDP is forecast to reach about $14.09 trillion in 2018, and Japan’s will reach $5.17 trillion. If Tokyo wants to boost its economy, the Chinese market is indispensable.

Abe did notice that expanding cooperation with China will bring economic benefits to Japan. In fact, Japan’s policy toward China has undergone adjustment in recent years, which can be seen from Tokyo’s change in attitude toward Beijing’s Belt and Road initiative (BRI).

After the BRI was proposed, Japan first looked at the plan with a Cold War mind-set. But as countries participating in the initiative have gained tremendous economic benefits in recent years and the Japanese business community has been making calls for participation, the Abe government has to reconsider its stance by thinking from an economic perspective.

During a reception at a gathering of the third Japan-China CEO Summit in Tokyo on December 4, Abe said Japan can “cooperate significantly” with China, which has put forward the BRI, under the “free and open” Indo-Pacific strategy.

Chinese observers commonly believe that Abe’s China trip has been unable to fully address all barriers in the development of Sino-Japanese relations. For instance, the Japanese side is still using a third-party market when referring to its economic cooperation with China, without much emphasis on the BRI. When reporting on what Abe said of shifting bilateral ties, Chinese media mostly used “from competition to coordination,” while Japanese media used the word “cooperation”.

In Japanese, “cooperation” connotes the two sides making concerted efforts despite conflicts on certain issues. Probably deep down, Abe knows it won’t be a smooth path ahead for Sino-Japanese relations.

The Japanese anxiety after China overtook Japan as the world’s second largest economy in 2010 has gradually waned in recent years and the country now has made a rational assessment of China’s economic development. That necessitates a readjustment of Japan’s economic policy on China. So far, the agreements reached during Abe’s trip are mostly economic.

But Abe’s political ambition to revise the pacifist constitution remains unchanged, so does the Japan-US military alliance. It is still doubtful whether Japan will be able to break the straitjacket of the US politically and militarily.

Abe’s trip to China demonstrates that Japan at least appears to be no longer hesitating on the BRI in economic terms. Economic and trade cooperation serves as the cornerstone to stabilize the bilateral relationship, and will promote ties. The next step for China and Japan to improve bilateral ties is to convert their economic cooperation into political trust and achieve more convergence on issues of common interest.

The author is an associate professor at the School of History and Cultures, Sichuan University. [email protected]