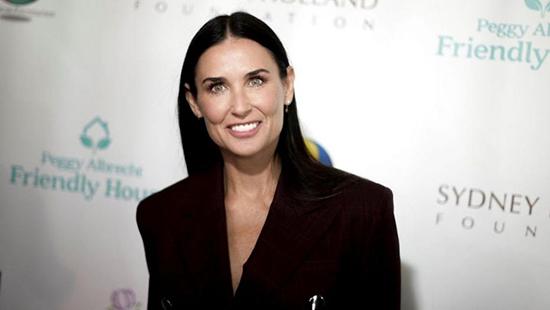 Demi Moore discussed her recovery after going on a downward, self-destructive path early in her career.

“I feel like there are defining moments in our lives that shape who we are and the direction we go, and early in my career, I was spiraling down a path of real self-destruction, and no matter what successes I had, I just never felt good enough,” Moore said during her acceptance speech for the Woman of the Year award.

“I had absolutely no value for myself. And this self-destructive path, it very quickly brought me to a real crisis point,” Moore added.

The 55-year-old actress said two people whom she “barely knew” intervened and presented her an “opportunity.”

“In fact, it was more like an ultimatum…unless I was dead, that I better show up,” she said. “They gave me a chance to redirect the course of my life before I destroyed everything. Clearly, they saw more of me than I saw of myself. And I’m so grateful because without that opportunity, without their belief in me, I wouldn’t be standing here today.”

Moore recalled reaching out to a “wise teacher” and talking about her fear of never being good enough.

Moore went to rehab in the mid-1980s for drug and alcohol addiction and was hospitalized in January 2012 after collapsing in her Los Angeles home, People reported. She later sought treatment for exhaustion and to “improve her overall health.”

Katherine Lam is a breaking and trending news digital producer for Fox News. Follow her on Twitter at @bykatherinelam