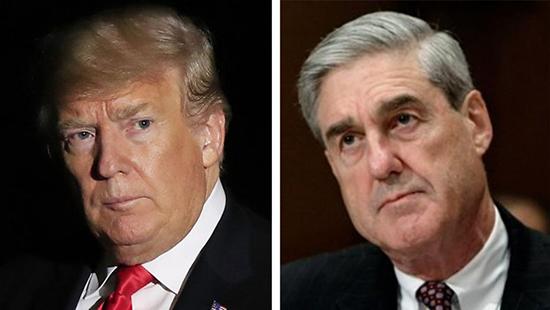 Special Counsel Robert Mueller’s Russia investigation is nearing a critical phase — as the looming midterms could clear the way for a final set of twists and turns in the long-running probe.

Key sentencing dates are on the horizon. Mueller’s team is widely expected to issue findings soon after the Nov. 6 elections. And the case could yet hold some surprises, given the recent statements of central players.

For one, George Papadopoulos, the former Trump aide sentenced to two weeks in prison after pleading guilty to lying to the FBI, has been on a Twitter tear complaining about the investigation. He told “Fox & Friends” last week he’s even “considering withdrawing my agreement” with the government after learning “certain information.”

The Associated Press reported last week that he is seeking immunity to testify before the Senate intelligence committee, after speaking on the House side without that protection. On Twitter, Papadopoulos said cryptically: “While I cannot disclose the information publicly, it’s a fact that both me and congress know who the SPY within the campaign was. Congress will likely include it in a report later on. Eyes were everywhere during 2016.”

Whether Papadopoulos truly has information damaging to the probe remains to be seen. But the expectations are that Mueller is nearing the final phase of the investigation into Russian meddling and potential collusion with Trump campaign associates in the 2016 presidential election.

Reports suggest that federal investigators are finalizing their conclusions on the collusion issue and whether the president took any actions that could be considered obstruction of justice.

Two sources close to Trump’s legal team told Fox News that the probe is “winding down.” A spokesman for Mueller’s team declined to comment on their timeline.

Former U.S. Attorney Joseph diGenova, who has advised the president throughout the investigation, voiced confidence in the outcome.

“It’s over,” he declared while downplaying the prospect of any interview between Mueller and the president — which was the subject of months-long negotiations.

“There isn’t going to be an interview,” diGenova, who is not an official member of Trump’s legal team, but rather an outside adviser, told Fox News. “I don’t even know if they’re going to answer written questions, which is the latest state of play between the special counsel’s office and the president’s lawyers.”

He predicted: “There aren’t going to be any collusion indictments because there wasn’t any evidence of that—everybody knew that before Mueller was appointed, especially [Deputy Attorney General Rod] Rosenstein. He knew it cold.”

Rosenstein appointed Mueller as special counsel on May 17, 2017. Rosenstein oversees the Russia investigation, in place of Attorney General Jeff Sessions, who recused himself from the probe due to his involvement with the Trump campaign during 2016.

On the heels of a conviction in a separate trial, Manafort pleaded guilty in federal court last month as part of a plea agreement that involved cooperation with Mueller’s team. The deal could include interviews with prosecutors and testimony in court. Manafort’s defense attorney told Fox News that the deal includes “full cooperation.”

Critics of the president have assumed Manafort’s cooperation could in some way undercut the president’s repeated denial of wrongdoing or connection to Russia during the 2016 election.

“They may think they know what Manafort has to say because he was part of that joint defense agreement, but they have to know that he may not have told them the full truth,” Schiff said on NBC’s “Meet the Press” last month. “They’re terrified of what he has to say. I’m surprised that we are where we are, that Manafort is cooperating.”

But Trump attorney Rudy Giuliani has blasted that assumption.

“He’s just telling me the conclusion that he’s not in a conflicted position with us,” Giuliani told Reuters, adding that Manafort met with Mueller’s team about a half-dozen times and spoke “about a lot of things, none of which are incriminating with regard to the president.”

Manafort’s sentencing date in connection with his first conviction was recently set for Feb. 8, 2019. He faces a maximum sentence of 80 years in prison for bank and tax fraud as part of Mueller’s investigation.

Another critical date rapidly approaching after the midterms is the sentencing of Michael Flynn.

Mueller’s team has repeatedly delayed setting a sentencing date for the former national security adviser and retired Army general. Flynn has pleaded guilty to making false statements to the FBI with regard to his communications with Russia’s ambassador. In late 2016, the two allegedly spoke about the U.S. sanctions imposed on Russia. Flynn was fired after he misled Trump administration officials, including Vice President Mike Pence, on his communications.

The special counsel’s office told Fox News that Flynn’s sentencing is slated for Dec. 18—a little over a month after the midterms.

DiGenova told Fox News that the “only outstanding matter” that he was aware of was “some lunatic investigation into Roger Stone for allegedly knowing something about the WikiLeaks leaks.”

NBC News reported that the special counsel was investigating whether right-wing commentator Jerome Corsi had advance knowledge that the emails of Clinton campaign chairman John Podesta would be stolen during the campaign and shared with WikiLeaks. The report suggested that Corsi could have passed information about the stolen emails to Trump associate, Roger Stone.

“If that’s where they are spending all this money, this is more than a national disgrace,” diGenova told Fox News. “It’s an intergalactic disgrace.”

The special counsel’s office declined to comment. Stone did not respond to Fox News’ request for comment.

Stone has repeatedly predicted that Mueller would target him as part of his probe.

“Robert Mueller is coming for me,” Stone reportedly wrote in an email asking supporters to donate to his legal fund over the summer. “I’m next on the crooked special prosecutor’s hit list because I’ve advised Donald Trump for the past 39 years.”

The special counsel’s team has also charged Dutch attorney Alex van der Zwaan for lying to federal investigators — he pleaded guilty and was sentenced to 30 days in prison — and Richard Pinedo, a California man who allegedly sold bank accounts to Russians meddling in the 2016 election. He pleaded guilty and was given six months in prison, six months of home confinement, and two years of supervised release.

Mueller’s team also charged 13 Russian nationals who allegedly waged “information warfare” on the U.S. during the election; and 12 Russian intelligence officers for allegedly hacking the Democratic National Committee, the Democratic Congressional Campaign Committee, and Hillary Clinton’s campaign during the 2016 election. All 12 are members of GRU, the Russian intelligence agency.

“The tea leaves suggest … it’s winding down,” former independent counsel Ken Starr, who led investigations of the Clinton administration, said on “Fox & Friends.” “Some of the indicators … suggest that we are at a wind-down situation.”

While the president’s legal team and experts expect the special counsel’s probe to come to an end in the weeks following the midterms, Democrats have promised a congressional investigation will continue if they take back the majority in the House.

“Republicans walked away from the investigation, the Democratic minority has continued,” Schiff told CNN. “And that work won’t stop when we take the majority.”

Schiff added: “We will be able to get answers the Republicans were unwilling to pursue.”