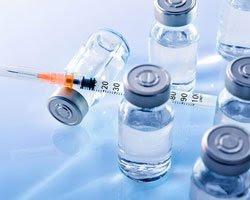 HealthDay News — Despite some parents’ fears, girls who get vaccinated against human papillomavirus (HPV) do not see it as permission to have sex, a new study finds.

HPV is a sexually transmitted infection that can cause genital warts and cancers of the cervix, vagina, penis, anus and throat.

Experts recommend that all kids ages 11 and 12 be immunized.

“We already know this vaccine is safe, we already know it’s effective,” said Dr. Gina Ogilvie, the lead researcher on the new study.

However, she added, surveys have found that some parents worry their kids will see the vaccine as tacit approval to have sex, or have riskier sex.

So Ogilvie’s team looked at what happened after British Columbia, Canada, launched an HPV vaccination program in schools, in 2008.

The investigators found no evidence that teenage girls took more sexual risks after the program started. In fact, there was a decline in the percentage who said they’d ever had sex: from almost 21 percent in 2008, to about 18 percent in 2013.

And when girls did have sex, they were more likely to use condoms and birth control in more recent years, the findings showed.

The findings align with smaller studies from the United States and Europe, said Ogilvie, a professor at the University of British Columbia’s School of Population and Public Health.

“This study gives us more evidence HPV vaccination is not causing kids to make poorer choices in their sexual behavior,” she said.

Dr. Ina Park, an advisor to the American Sexual Health Association, agreed. She said she hopes the findings reassure parents who have lingering worries.

“Any fears that HPV vaccination would lead to increased sexual risk-taking should finally be put to rest,” said Park, who is also an associate professor at the University of California, San Francisco School of Medicine.

“We should continue to encourage HPV vaccination for all preteen girls and boys,” she said.

The findings are based on nearly 300,000 girls who took part in a periodic health survey of British Columbia teenagers. The girls were 15 years old, on average.

There were also signs that more girls were delaying sex in recent years. Among those who were sexually active, the percentage who’d had sex before age 14 dipped by one-quarter.

“Their sexual health choices actually got better,” Ogilvie said. She noted that there could be various reasons for that, and no one is saying the HPV vaccine program deserves the credit.

Some parents, Ogilvie said, might wonder why their 11-year-old needs a vaccine against a sexually transmitted disease.

“But that’s exactly when we want to get them — before they start having sex and are exposed to HPV,” Ogilvie said. “This is about prevention.”

And ultimately, she added, it’s about preventing cancer.

“This is really a vaccine against cancer,” Ogilvie said. “And it’s exciting that we have a cancer vaccine.”

The study was published Oct. 15 in CMAJ (Canadian Medical Association Journal). It was funded by the Canadian government.