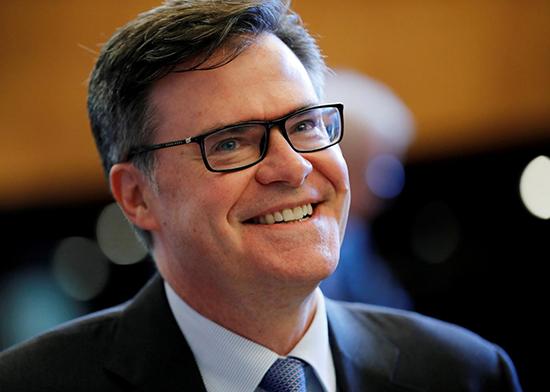 GENEVA (Reuters) – The United States urged European Union governments on Monday to reflect on whether it was really in their interest to go ahead with a trade dispute over U.S. metals tariffs, and said it was hopeful of settling the issue with Mexico and Canada.

The U.S. tariffs attracted an unprecedented seven requests for WTO adjudication, as well as a slew of criticism, at a fractious WTO dispute settlement meeting, while the United States hit back with legal actions against its critics.

U.S. Ambassador Dennis Shea said he was not surprised by China’s opposition, since it had massive overcapacity in metals production and was a non-market economy, but that Washington was “deeply disappointed” with the EU’s stance.

“We would encourage the European countries to consider carefully their broader economic, political, and security interests,” Shea told the meeting.

“We will not allow China’s party-state to fatally undermine the U.S. steel and aluminum industries, on which the U.S. military, and by extension global security, rely.”

China’s representative responded by saying the United States was shifting its arguments to disguise its protectionism.

Canada and Mexico have also challenged the tariffs – 25 percent on steel and 10 percent on aluminum – but a U.S. trade official told the meeting that, after constructive discussions, Washington was hopeful of reaching an agreement with both.

Adam Austen, a spokesman for Canadian foreign minister Chrystia Freeland, told Reuters the best outcome would be for Washington to rescind the tariffs.

Norway, Russia and Turkey also asked the WTO to judge the legality of the U.S. tariffs, despite Washington’s assertion that they are based on national security and therefore outside WTO jurisdiction.

“The United States wishes to be clear: if the WTO were to undertake to review an invocation of (the national security exemption), this would undermine the legitimacy of the WTO’s dispute settlement system and even the viability of the WTO as a whole,” he said.

On Twitter, Joel Trachtman, professor of International Law at Fletcher School of Law and Diplomacy, and Jennifer Hillman, an American former WTO judge, said Shea’s position was not supported by WTO law.

Canada’s representative at the WTO meeting said fear of a national security threat was “inconceivable”, while Norway said it was “evidently divorced from real-world security concerns”.

All the requests for WTO adjudication will need to be confirmed at another meeting next month before going ahead.