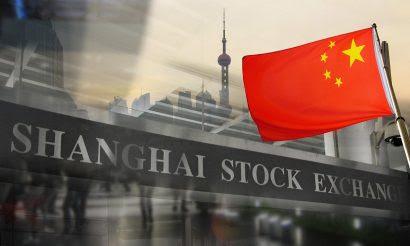 Jair Bolsonaro, “Tropical Trump,” has been elected as Brazil’s next president. Distinct from traditional Brazilian politicians, Bolsonaro has made sharp comments on women and gay people. He also pledged to crush corruption and crime.

Bolsonaro’s policy toward China has also attracted attention because he visited Taiwan during the elections and accused China of “buying Brazil.” But during the latter part of the election campaign, Bolsonaro started to change his tone on China, saying that “we will do business with all countries and China is an exceptional partner.”

The China-US trade war has further promoted Brazilian soybean exports to China. It’s inconceivable that the new Bolsonaro government would give up on the Chinese market.

Second, the focus of Bolsonaro’s election was his domestic policies and positions, and diplomacy wasn’t the key point. Brazilian people are most dissatisfied with domestic issues, not foreign policy. The Brazilian left-wing regime’s policy toward the US has been moderate, and there is no strong anti-US sentiment. Bolsonaro’s assumption of power hardly changes Brazil’s national political line.

Third, Brazil is a major power in South America, and China-Brazil relations are equal. Although the two countries have close cooperation on economy and trade, China never interferes in Brazil’s domestic affairs. Out of national interests, Brazil won’t adopt one-sided policies. A balanced and diverse diplomacy is in its best interests. Maintaining good China-Brazil relations also helps Brazil deal with the US and gain more attention from Washington.

Fourth, Bolsonaro has served in the military and in the city government of Rio de Janeiro, and it will take him some time to get familiar with foreign policy. His trip to Taiwan during the presidential campaign caught the ire of Beijing. If he continues to disregard the basic principle over Taiwan after taking office, it will apparently cost Brazil a great deal.

As many Latin American countries have walked away from Taiwan, the Chinese island won’t bring any more benefits to Brazil, which Bolsonaro and his team must be aware of.

Many observers tend to believe that Bolsonaro, who has never visited the Chinese mainland, doesn’t know enough about Oriental power. But it’s worth Beijing’s attention that he was a China-basher during the campaign and believed an unfriendly stance on Brazil’s largest trading partner would help him get elected.

China’s international business cooperation has promoted global economic development and brought tangible benefits to its partners. But China’s image has been unfairly tarnished. Chinese business opportunities are often taken politically, and Chinese investment could be threatened if there is a change in government.

As China’s international economic cooperation expands, its comprehensive capacity-building needs to catch up with more solid risk assessment. China’s foreign cooperation is mutually beneficial – this needs to become a consensus for governments and society in countries with which China engages.

This is difficult to achieve due to smear tactics by Western politicians and media, but efforts are still needed. Improving China’s economic reputation consistently is also critical to further widen China’s international cooperation.