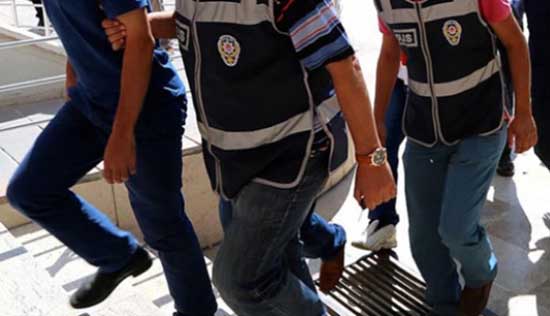 Prosecutors on Tuesday issued detention warrants for 88 people, including soldiers, police officers and teachers, as part of a post-coup crackdown targeting followers of the faith-based Gülen movement in Turkey.

The Ankara Chief Public Prosecutor’s Office issued detention warrants on claims of terrorism for 29 police officers accused of leaking police recruitment exam questions in 2011 to alleged members of the movement.

Turkish authorities believe the Gülen movement orchestrated a coup attempt in 2016 and launched a massive crackdown on the movement although it strongly denies any involvement.

As part of the crackdown some 140,000 public servants were dismissed and more than 600,000 people were investigated on accusations of terrorism.

A detention warrant for a retired brigadier general on Tuesday was issued by the Edirne Chief Public Prosecutor’s Office on accusations of terrorism. He was reportedly taken into custody by police in Sakarya province.

Also in Edirne, 18 detention warrants were issued for Turkish Education Ministry employees over Gülen links. The police detained 11 of those sought, three of whom were still working for the ministry, while the remainder had been dismissed by government decrees.