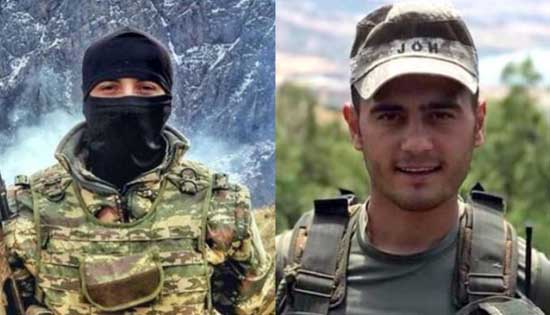 Turkey’s ruling Justice and Development Party (AKP) has rejected a parliamentary motion that sought to shed light on the deaths of two soldiers due to hypothermia in poor weather conditions in eastern Tunceli province, Turkish media reports said on Tuesday.

The soldiers died on Friday while they were on a military operation, sparking a debate about negligence of their superiors.

The parliamentary motion submitted by the İYİ Party calling for an investigation into the incident, was rejected by the AKP deputies.

According to official reports, a team of 12 soldiers landed in the Tunceli highlands on Oct. 22 as part of a military operation. Four days later rescue helicopters were dispatched due to worsening weather but failed to reach the area because of heavy snow.

Twelve soldiers were hospitalized as soon as the rescue team arrived at their camp; however, Ferruh Dikmen and Asım Türkel did not respond to medical treatment and passed away.

The 10 other were discharged after their treatment.

The death of the soldiers sparked a discussion on social media, where thousands of Twitter users used the hashtag #donuyoruz (we are freezing) to criticize officials.

Many believed the soldiers lacked the necessary equipment for winter as the Tunceli Chief Public Prosecutor’s Office and Tunceli Gendarmerie Command launched an investigation.