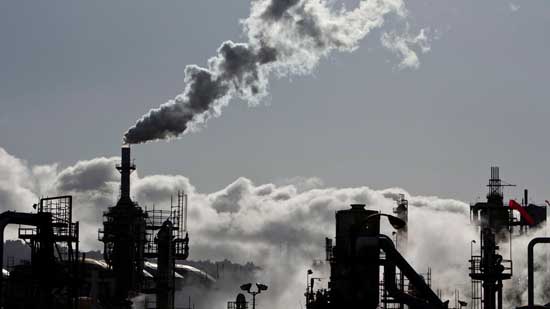 The world’s largest oil companies, including ExxonMobil, have been stepping up support lately for a carbon tax in an effort to manipulate climate change legislation.

The Keiser Report discusses Exxon, which has long championed the financing of ‘think tanks’ that endorse climate change denial, and is now advocating for a carbon tax.

Talking about the company’s executives, Stacy says “those millionaires and billionaires are totally convinced they will survive any climate change… they don’t care about the ordinary person, what they care about is profits.”

Max and Stacy explain that what Exxon and others propose is to get rid of the EPA (Environmental Protection Agency) and all environmental regulation, “and they instead will charge the carbon tax and collect it.”

So, it’s a way to reduce their costs on one side, the Keiser Report hosts say. They add that Big Oil companies are trying to write legislation beneficial to themselves before regulators are forced to ‘do something’ as climate catastrophes escalate.

The proposed tax, at $40 per ton, would bring in $276 billion or slightly more than Exxon’s revenue last year. “These dividends will not be going to the victims of Exxon and the energy industry… It’s going to be hoarded by the manipulators,” Max says.