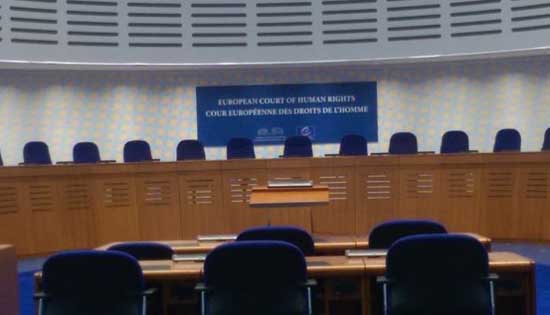 The European Court of Human Rights (ECtHR) on Tuesday fined Turkey over the failure of local Turkish courts to strike a fair balance between the right of two applicants to respect for their private lives and freedom of the press, the Hürriyet Daily News reported.

The complaint to the European court was filed by İbrahim Özden Kaboğlu and Baskın Oran in regards to the targeting of the two former academics by various newspapers over a report on minority rights.

In 2004 the general meeting of the Advisory Board, a public body under the supervision of the Prime Ministry, had adopted a report on minority and cultural rights, referring to problems in the protection of minorities in Turkey. Kaboğlu and Oran were at the time chair of the Advisory Council and chair of the council’s working group on questions concerning minority rights, respectively.

Following the release of the report, a number of newspaper articles condemning the report were published. Kaboğlu and Oran had then filed four claims for damages against the authors and proprietors of the daily newspapers in question, saying the news articles contained “insults, threats, and hate speech” against them. On various dates their claims were dismissed by the court, whose rulings were upheld by the Supreme Court of Appeals.

Kaboğlu and Oran then took their case to the ECtHR on Jan. 10, 2008 and July 15, 2010, respectively. In a ruling on Tuesday the ECtHR said it had “the view that certain passages in the articles at issue were clearly such as to directly or indirectly incite or justify violence.”

The ECtHR said it “found that the verbal attacks and threats of physical harm made against the applicants in the offending articles sought to undermine their intellectual personality, causing them feelings of fear, anxiety and vulnerability in order to humiliate them and break their will to defend their ideas.”

“The domestic courts had not properly balanced the applicants’ right to respect for their private life and the freedom of the press,” the ECtHR added, ordering that Turkey pay Kaboğlu and Oran 1,500 euros each in non-pecuniary damages and 4,000 euros in total for costs and expenses over the violation of Article 8 of the European Convention on Human Rights (ECHR), which provides the right to respect for one’s “private and family life, his home and his correspondence.”

Kaboğlu is currently a lawmaker for the main opposition Republican People’s Party (CHP), while Oran is a columnist for the Turkish-Armenian Agos weekly.