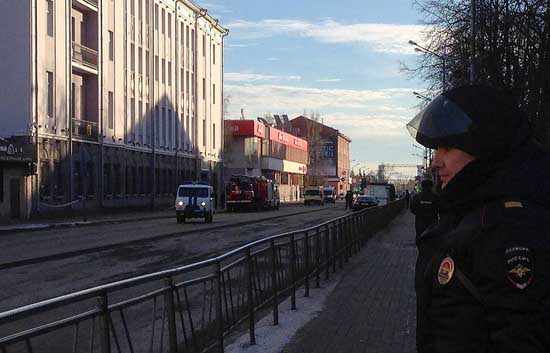 MOSCOW, October 31. /TASS/. A man blew himself up at the entrance of the Federal Security Service’s office in the Archangelsk Region in northern Russia and died of sustained wounds on Wednesday, a spokesperson for Russia’s Anti-Terrorism Committee (NAC) told TASS.

“According to preliminary data, the person, who entered the building, took an unidentified object from his bag, which exploded some time later in his hands. As a result, he received fatal wounds,” the anti-terror agency said.

Bomb disposal experts are working at the scene. An investigation is ongoing.

Earlier reports said the man was not a staff member of the FSB and his body was being identified.

Governor of the Arkhangelsk Region Igor Orlov said the crime was committed with the use of an explosive device and security would be tightened in the region.