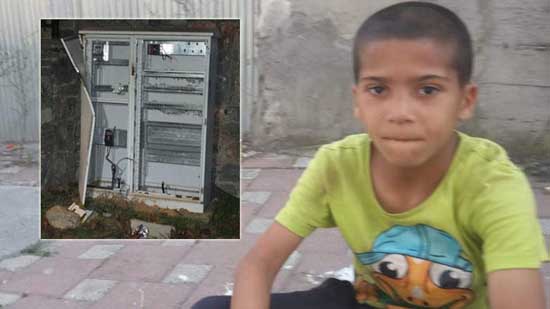 An eight-year-old boy in Istanbul has died while playing hide-and-seek after entering a transformer whose door had been left open.

According to Demirören News Agency, Kadir Açık was playing with his friends at a playground in the Çekmeköy neighborhood on the evening of Oct. 29.

Açık attempted to hide inside a nearby transformer and was killed on the spot after he was electrocuted.

“They left the door of the transformer cabin and all the cables inside open,” Metin Açık, the boy’s father, told journalists.

As the police launched an investigation into the incident, locals staged a protest in the neighborhood.

“There was a guard here but I have learned he was recently fired. Someone had hit at and broken the door of the transformer and there is no one to look after it now. All the people who are responsible for my son’s death will give an account,” Açık said.