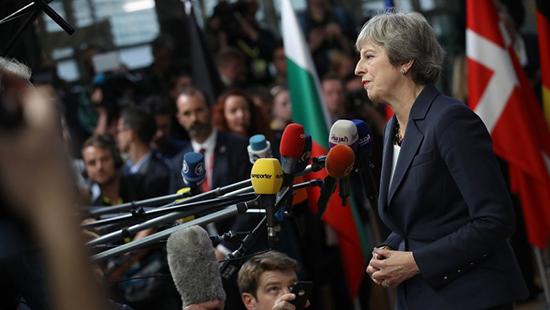 A Commentary by Peter Müller

In the Brexit negotiations, Britain has been forced to make concessions on almost every issue. Now, though, it is time for the EU to soften its stance. An orderly withdrawal is paramount for good future relations.

A paper recently shown to ambassadors to Brussels from European Union member states covered almost all the potential apocalyptic scenarios that could unfold after March 29, 2019, the day the British plan to leave the EU. Flights from London would be canceled, British citizens would have to apply for a visa to enter the EU and semi-trucks would be stuck in enormous traffic jams at the entrances to major ports. These are but a few of the consequences that could occur if the British left the European Union without a withdrawal agreement, the European Commission warned in the paper.

But we aren’t there yet. There may not have been any progress in Brexit talks at an EU summit earlier this month — and it is to be expected that such talks will face several more failures in the coming weeks. But that’s part of the drama that comes with all major negotiations. The truth is that the British and EU negotiators in Brussels are entering the home stretch. And Michel Barnier, chief negotiator for the EU, says the withdrawal agreement has been 90 percent negotiated. British Prime Minister Theresa May also says there is agreement, except on two points.

But this in no way means that success is a certainty. There is a significant danger that any deal negotiated in Brussels will end up failing in London if May proves unable to find majority backing for it in parliament. Brexit talks have indeed reached a critical point. At the latest, the withdrawal agreement must be completed by December so that national parliaments across the EU and in Britain have time to review the text.

In other words, if the EU wants to prevent a hard Brexit, now is the time to make concessions to the British so that May even has a chance of getting the deal through parliament.

The EU has very little to lose here. The Brussels negotiating machine, having been honed by numerous accession negotiations, has also worked well in reverse. The divorce bill, the protection of EU citizens’ rights, supervision by the European Court of Justice: Essentially, the British have had to accept almost everything that Brussels has demanded. Even May’s idea that the British could keep one foot in the EU single market for goods, but position itself as a powerful competitor in (financial) services outside the gates of the EU — the so-called “Chequers” proposal — isn’t going to come to pass. Instead, the British seem to be expecting a sort of beefed-up free trade agreement — one that, incidentally, is also in the EU’s interest. The oft-repeated warning that the British cannot be allowed to cherry pick — i.e., take the good things from EU membership and reject the bad — is becoming rather absurd. There are no longer any cherries on the table.

That’s what makes it even more important now to send a message of peace. The UK may be leaving the EU, but it will continue to be part of Europe. When it comes to protecting Europe against terrorism and to our common defense through NATO, a strong Britain is in the EU’s interest. The same holds true for relations with the people of Britain. Even after Brexit, many Germans will still feel closer to Britain than they will with some other EU member states, like Romania or Bulgaria. Furthermore, 48 percent of the British voted against Brexit. If a second referendum were held today, the Brexiteers probably wouldn’t stand a chance.

This doesn’t mean, of course, that the EU should seriously consider every insane demand made by May’s Tory Party. What it does mean, however, is that both sides must finally refrain from creating additional obstacles in areas where solutions are within reach.

This is especially true of the tricky issue of Ireland, the last major problem in the withdrawal treaty. To prevent jeopardizing the fragile peace process, the EU and Britain want to avoid a hard border between Ireland and Northern Ireland. That would mean that Northern Ireland might remain in the Customs Union and in the EU’s internal market — and the EU’s external border would pass right through the UK. A solution must be found here that is palatable to the British. That solution might be that the UK also remains in a kind of customs union with the EU for a while longer or that the transition period, during which the EU rules would continue to apply in the UK after Brexit, is extended. Is this really the issue where the EU should be demonstrating intransigence?

Fears that Brexit might encourage other countries to leave the EU and that Brussels therefore had to be unbending in its attitude toward Britain may have been justified immediately following the referendum. Today, though, even political parties that view Brussels with animosity have no intention of leaving the EU. On the contrary: Hungarian Prime Minister Viktor Orbán is openly establishing illiberal democracy in full view of Brussels while Poland continues dismantling the rule of law despite all warnings from the EU. Meanwhile, the new Italian government has drafted a budget that is tantamount to a declaration of war on the EU’s debt rules.

The real danger for the EU today comes from within, which is yet another reason why it is high time for moderation and balance in the Brexit talks.