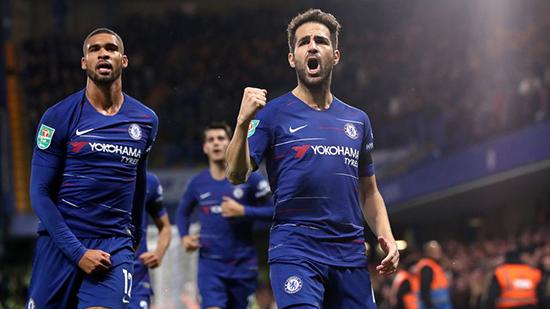 An overview of an entertaining night in the Carabao Cup on Wednesday as Chelsea and Derby played out a thriller at Stamford Bridge.

Chelsea’s record goalscorer was serenaded throughout a night which must have felt all the more surreal because of the way the fourth-round match unfolded.

Lampard must have sensed an opportunity missed as Derby conceded three times in the first half and could only reply twice, exiting as Chelsea advanced to the quarter-finals.

Fikayo Tomori, on loan from the Blues, scored an own goal after five minutes, but lifelong Chelsea fan Jack Marriott equalised within four minutes.

A near identical own goal – another Davide Zappacosta cross, this time sliced into his own net by Richard Keogh – restored Chelsea’s advantage after 21 minutes.

The lead was short lived as Mason Mount, another Blues loanee, laid on Martyn Waghorn’s leveller after 27 minutes.

Derby found themselves behind again before half-time, as Cesc Fabregas netted much to the annoyance of the visitors who felt there was a foul in the build-up.

Substitute David Nugent struck a post in the 89th minute as Derby came close to a third equaliser, but Chelsea survived and progressed.

England boss Gareth Southgate called Mount into his squad during the recent international break and would have been pleased to witness the 19-year-old feature – and impress.

Chelsea denied granting Derby permission to field Mount and Tomori was a favour to Lampard, who scored 211 goals in 648 appearances over 13 years, saying it was more a test of character for the players.

Tomori’s test was enhanced when he diverted an innocuous Zappacosta cross into his own net after mis-kicking an attempted clearance. Thereafter he performed well.

Derby levelled swiftly as Tom Huddlestone pounced on Gary Cahill’s pass to win the ball off Fabregas and fed Marriott to his left. The forward finished brilliantly.

The Rams might have led had Waghorn shown the same composure. Instead he tripped over his own feet and shot straight at Willy Caballero.

Chelsea’s second was a near replica of their first, this time Keogh the unwitting defender.

Derby responded once more. This time Mount found himself in space in the left of Chelsea’s area, crossing for Waghorn to simply tap in at the back post.

Lampard shook his head in apparent disbelief at the cup tie unfolding before him.

Ruben Loftus-Cheek, another player Southgate was watching, tumbled over the advertising hoardings after a shoulder-to-shoulder with Scott Malone and that might have subconsciously influenced referee Jon Moss in not awarding Derby a free-kick when Zappacosta and Tom Lawrence had a similar physical challenge on the touchline.

Instead of a foul Zappacosta took a quick throw-in and the late arriving Fabregas tucked in a few moments later. It was a Lampard-esque goal and Derby’s protests were dismissed by Moss.

Scott Carson saved a half-chance from Alvaro Morata and then palmed away a header from Cahill.

Maurizio Sarri sent on David Luiz, who was caught out by the speeding Marriott. His shot was palmed on to the roof of the net by Caballero.

Keogh showed a striker’s instinct to bring down Jayden Bogle’s long pass, only for Caballero to stick out a hand.

The Blues goalkeeper saved Mount’s snap shot soon afterwards and then from Marriott.

Nugent beat Caballero, but the ball rebounded off the post as Derby were beaten.

Son Heung-min scored his first goals of the season to fire Tottenham into the quarter-finals of the Carabao Cup.

The South Korean forward marked his 150th appearance for Spurs with the opening two goals in a 3-1 victory at London rivals West Ham.

The Hammers came from 2-0 down to knock Tottenham out at the same stage last season but there was to be no repeat of those Wembley heroics in east London.

Lucas Perez did briefly halve the deficit but Fernando Llorente, handed a rare run-out with Harry Kane rested, wrapped up victory for Spurs.

The visitors had, of course, been in action just 48 hours earlier against Manchester City on a dreadful Wembley pitch, so manager Mauricio Pochettino made 10 changes to his line-up.

Yet as three of those drafted in were Son, Dele Alli and Christian Eriksen this was always going to be a test for West Ham’s defence.

It was a test they failed, with Alli setting up both Son’s goals – his first for Spurs in 20 appearances – with the help of some glaring errors from the hosts.

The opener arrived when Angelo Ogbonna’s weak clearance fell to the feet of Llorente.

The Spaniard played the ball back in and Ogbonna allowed Alli to flick it through to Son, who lashed his shot high into the net from 10 yards out.

Spurs goalkeeper Paulo Gazzaniga was kept busy for the remainder of the first half, repelling efforts from Michail Antonio and Javier Hernandez, twice, from close range.

But, eight minutes into the second half, another defensive mistake allowed Son to double his tally and Tottenham’s lead.

Alli’s attempted pass was straight at Arthur Masuaku but the full-back somehow allowed it to bounce through to Son, who charged clear before rounding Adrian and firing home.

Pellegrini threw on Perez and Marko Arnautovic to give the hosts more impetus and Gazzaniga was at full stretch to keep out Ogbonna’s shot before Juan Foyth made a marvellous last-ditch block to deny Arnautovic.

Former Arsenal striker Perez gave the hosts hope with a far-post header from a corner, but just four minutes later Llorente ensured Spurs avoided being on the wrong end of another Hammers comeback when he hooked in their third.

Arsenal made hard work of dispatching Blackpool in the Carabao Cup but the Gunners progressed as both sides finished with 10 men at the Emirates Stadium.

The hosts appeared to be coasting after Stephan Lichtsteiner’s first goal for the club was added to by Emile Smith Rowe.

But Blackpool rallied and, after Matteo Guendouzi had been sent off for two fouls on Jordan Thompson, Paudie O’Connor reduced the arrears before also being dismissed as Arsenal secured a narrow 2-1 victory.

Unai Emery made nine changes but his side still featured the likes of Petr Cech, Henrikh Mkhitaryan and Aaron Ramsey – the latter starting despite his future having reportedly been resolved during a meeting with the club.

The Wales midfielder said in Lisbon last week that he had received no explanation as to why a contract offer had been withdrawn but he now looks set to walk away for nothing when his current deal expires in the summer.

Carl Jenkinson also came in for Arsenal, making his first appearance for the club in 701 days as he was joined in defence by debutant Julio Pleguezuelo.

As expected the hosts had plenty of possession at the start of the game but did not test their former goalkeeper Mark Howard in the opening half an hour.

That changed, however, when Lichtsteiner slid in to connect with Guendouzi’s fine, lofted pass into the box and put the Gunners ahead with their first shot on target.

Shkodran Mustafi then came close to adding a second but his close-range header was deflected behind before Guendouzi sent a low drive wide of the post.

The second goal came from a player some 16 years younger than Lichtsteiner, Smith Rowe turning home after Jenkinson’s cross had been knocked into his path by Howard.

Blackpool almost halved the deficit when O’Connor rose to meet a corner, heading against the frame of the goal with Cech nowhere to be seen as he burst from his line.

Guendouzi, who had fouled Thompson in the first half to earn himself a booking, was given his marching orders after 56 minutes for pulling back the same player.

Blackpool needed just 10 minutes after the red card to bring themselves back into the game, O’Connor again rising for a header, this time unmarked, as the Leeds loanee grabbed his second goal for the club.

Cech had appeared uncomfortable with Emery’s desire for his side to play out from the back, being caught out on numerous occasions during the early weeks of the season.

He returned here but was again left red-faced as he was challenged in the box by Blackpool captain Jay Spearing as Nathan Delfouneso turned into an empty net only to see the goal chalked out for offside.

Emery was suitably worried to introduce club record signing Pierre-Emerick Aubameyang from the bench for the last 15 minutes.

Top goalscorer for Arsenal so far this season, Aubameyang had little chance to add to his tally but was hacked down by O’Connor as the defender was sent off with six minutes remaining.

Lewis Wing blasted Middlesbrough into the Carabao Cup quarter-finals as his first senior goal for the club dumped Premier League Crystal Palace out of the competition.

The midfielder, who was playing Northern League football for Shildon and working in a factory 20 months ago, thumped home a 25-yard piledriver in first-half stoppage time to clinch a 1-0 victory for Sky Bet Championship Boro in front of a crowd of 11,850 at the Riverside Stadium.

It was little more than the home side deserved on a night when both Tony Pulis and Roy Hodgson made eight changes as the Teessiders found the greater cohesion despite having on-loan Southampton midfielder Sam McQueen carried off on a stretcher before the break.

With Martin Braithwaite and McQueen seeing plenty of the ball out wide, Palace found themselves having to defend deep, but they gradually eased their way into the game, although with full-back Pape Souare their most promising outlet, were unable to trouble 39-year-old keeper Dimi Konstantopoulos.

Boro were dealt a blow with 24 minutes gone when McQueen went down after preventing Jeffrey Schlupp from reaching Andros Townsend’s cross and immediately signalled to the bench that he was in trouble.

The home side had a chance to break the deadlock 13 minutes before the break when Wing played Marcus Tavernier into space, but although he cut inside Martin Kelly nicely, the defender recovered to make an important block.

Braithwaite flashed a header from Paddy McNair’s cross across the face of goal and Hugill blazed well wide as the Teessiders finished the half strongly, and they got their reward three minutes into added time when Wing drilled an unstoppable shot into Guaita’s top corner.

Max Meyer sliced an early attempt well wide as the Eagles looked for a response after the break, but the game developed into something of an arm wrestle with defences largely on top.

However, as Palace striker Alexander Sorloth started to make his presence felt, Boro found themselves retreating, although Konstantopoulos remained untroubled as substitute Luka Milivojevic skewed high over from a promising position with 20 minutes remaining.

Friend had to block Aaron Wan-Bissaka’s late strike and Schlupp miskicked in front of goal with Palace battling to the whistle, and Konstantopoulos preserved his clean sheet with a solid save from Townsend as time ran down. 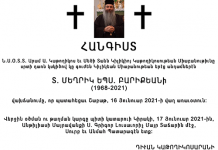