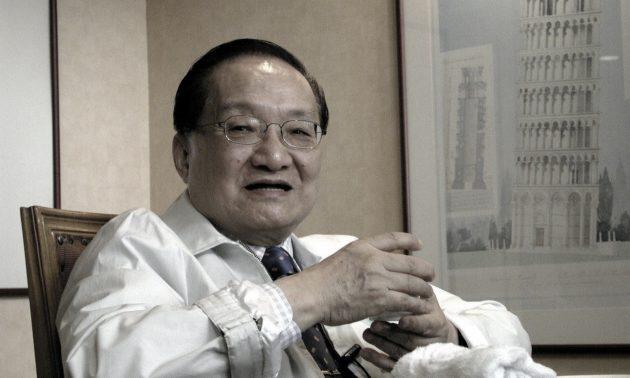 Louis Cha Leung-yung, the world’s most popular Chinese novel writer, who also used the pen name Jin Yong, passed away on Tuesday. He was 94.

The founder of Ming Pao, a reputable daily Chinese-language newspaper in Hong Kong, died of liver cancer at the Hong Kong Sanatorium and Hospital.

Cha, often called China’s answer to Shakespeare, will be remembered for creating a series of 14 martial arts novels starting with The Book and the Sword in the mid-1950s and finishing with The Deer and the Cauldron in 1972. The series was read by millions of Chinese not only in China, but around the world.

His novels were said to be read by late paramount leader Deng Xiaoping, who once joked that his three rebounds were like one of the characters in the series, and Taiwan president Chiang Ching-kuo. Both men were said to have no common interests except reading Cha novels.

His novels reached several generations across some 50 years, thanks to their reproduction on film and TV. Superstars Andy Lau Tak-wah, Jei Li Lianjie and Adam Cheng Siu-chow played his novel’s characters before they become famous.

Based on the historical backdrop from the Sung Dynasty to the Qing Dynasty, his writing also inspired many to study Chinese history and laid a strong foundation of Chinese language for millions because some of his novels had a word count of one million.

Cha, a Hangzhou-born man, graduated in 1948 in law from the School of Suzhou, which qualified him as a diplomat. But he did not join the foreign affairs department and instead started working as a journalist at the Ta Kung Pao newspaper in Shanghai in 1948.

There he started writing novels and portrayed the Chinese martial arts heroes before setting up his own newspaper, Ming Pao, in 1957.

His political commentary was critical of the Cultural Revolution in 1967, but Beijing saw his commentaries as constructive and later hired him as a member of the Basic Law Drafting Committee in 1985. He quit the committee after the June 4, 1989, Tiananmen Square incident.

In 1993, he sold Ming Pao and retired. His copyright income was said to be more than HK$10 million (US$1.27 million) per year. He was praised as the most influential and also most profitable Chinese novelist ever.

Asked of his aspiration, Cha once said: “I hope my novels will be read 300 years after my death.”