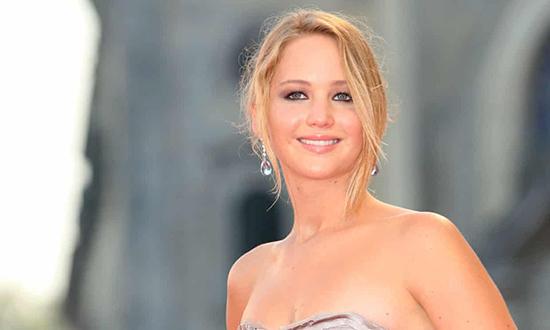 Big news out of Hollywood, as Deadline reports that Jennifer Lawrence’s production company Excellent Cadaver has just signed a first-look development deal with …

Hang on, Jennifer Lawrence’s production company is called what? Excellent Cadaver? Where the hell did that come from? Either Jennifer Lawrence is inexplicably the world’s biggest fan of the made-for-TV 1999 Chazz Palminteri-starring HBO mob movie Excellent Cadavers – which, given that reviews from the time called it “mundane” and “pedantic”, doesn’t seem particularly likely – or she’s secretly been some kind of expert-grade corpse connoisseur all these years without telling anybody. Maybe we’ll never know.

However, if nothing else Excellent Cadaver puts Lawrence up in the big league of actors with bizarrely named production companies. Jen, meet your new peers.

Cube Vision is not the name of a production company. It is the name of an autobiographical superhero that Ice Cube invented as a eight-year-old boy. His powers, if you’re wondering, include not being able to discern curves of any kind and nothing else.

Boxing Cat is not the name of a production company. It is the name of about 15 different YouTube videos that initially sound amusing but then quickly become depressing and then traumatising. Which, in a sense, also sums up most of Tim Allen’s cinematic output. Fun fact: if you want to dress your toddler in pyjamas imprinted with the logo of Tim Allen’s production company, Tim Allen’s official CafePress site still allows you to do that. A steal at $15.99.

It’s weird to think that One Race Films is responsible for such enormous box office success. This is partly because it goes by the acronym ORF, which is possibly the sound that Vin Diesel’s mouth makes whenever he ejaculates, but mainly because “One Race” sounds like the sort of thing that the worst people shout at the worst kind of Trump rallies.

I guarantee that Jared Leto chose the name of his own company. Seriously, I just had to check that he didn’t have the word paradox somewhere in his Twitter bio. Because paradox means complicated, doesn’t it. It means contradictory and illogical, doesn’t it. And Jared Leto is all of those things, because he keeps making films and then being the worst thing in all of them.

It’s hard to figure out the saddest part of this. Is it the overt juvenilia of the name? The fact that nobody has ever been able to say it out loud without rolling their eyes? Or is it the Ninjas Runnin’ Wild Twitter account, which in March 2011 posted a forlorn “What’s up, guys? Everyone’s still running wild?” before disappearing forever? It’s probably all of them, isn’t it.

An all-female production company and not, as you may have thought, a brand of breast pump that really exists.

This article contains affiliate links, which means we may earn a small commission if a reader clicks through and makes a purchase. All our journalism is independent and is in no way influenced by any advertiser or commercial initiative.
The links are powered by Skimlinks. By clicking on an affiliate link, you accept that Skimlinks cookies will be set. More information.