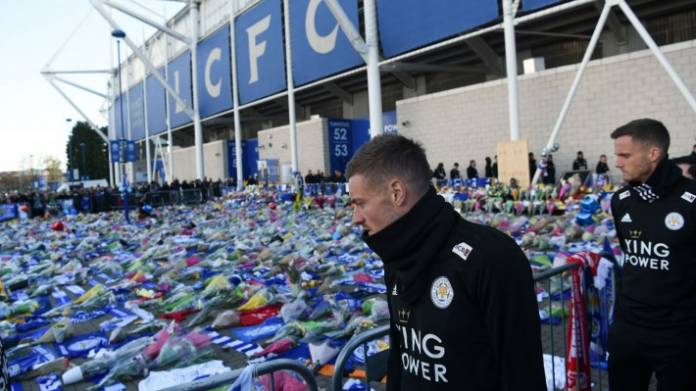 Leicester City have confirmed that the Premier League fixture at Cardiff City will go ahead as scheduled, following the death of chairman Vichai Srivaddhanaprabha and four others in a helicopter crash on Saturday.

After postponing last night’s league cup tie against Southampton, the Foxes travel to the Welsh capital for a 3pm kick-off on Saturday. Tributes to the five victims will take place before and during the match.

A statement on the official Leicester City website said: “A minute’s silence will be observed before kick-off at the Cardiff City Stadium and players will wear black armbands. An announcement on the rearrangement of the club’s EFL Cup fourth round tie against Southampton, postponed earlier this week, will be made in due course.”

Zaha won a late penalty against the Gunners, with Luka Milivojevic stepping up to score the equalising goal from the spot.

In response to the online abuse, the Ivory Coast international said on Instagram: “For all the people taking it one step further and being racist and wishing death on my family I wish you and your families the best too x p.s my life is still very good despite your hate.”

Wenger: it would be odd to manage again in England

Former Arsenal boss Arsene Wenger plans to return to club football next year, but says it would be “odd” to manage a team in England.

The Frenchman spent 22 years at Arsenal before leaving at the end of last season. Confirming that he wants to return to football at the beginning of 2019, he told Sky Sports: “I said many times maybe the best way is not to be in England, because I spent so much time at the same club, it would seem odd to go somewhere else. But at the moment I cannot tell you [about my future] because I don’t know.”