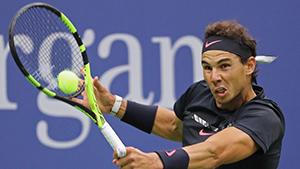 Rafael Nadal has pulled out of the Rolex Paris Masters, tournament organisers have announced.

The Spaniard’s withdrawal due to an abdominal injury means Novak Djokovic will take over as world number one when the new ATP rankings are announced on Monday.

A statement on the tournament’s Twitter account read: “Rafael Nadal has withdrawn and will be replaced by Malek Jaziri who will face Fernando Verdasco in the last match of the daytime session.”

In a video posted on the tournament’s Twitter feed, Nadal said: “As everybody knows, I have been out of competition since the US Open.

“It was great to be here in Paris for a couple of days and practice with the guys. I enjoyed it – I feel myself, in terms of tennis, better than I really thought a week ago.

“But it’s true that the last few days I started to feel the abdominal a little bit, especially when I was serving. I checked with the doctor and the doctor said it’s recommended to not play.”